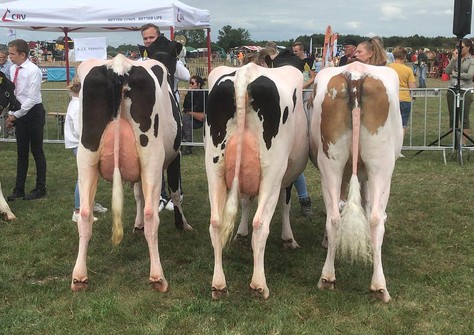 Participating members Hedra Holsteins and Roubos Holsteins brought youngstock as well as milking 2-year-olds to the Jongveekeuring Kromme Rijnstreek. Both breeders competed strongly in both categories.

In the same class as the latter reserve champion was placed RH Mvn Tiffany RDC in second position. A direct Lindenright Moovin RDC daughter from Arethusa Sid Tess EX-92! The well developed maiden heifer was purchased by Roubos Holsteins as an embryo and is only one of the few offspring from this stunning cow in Europe. 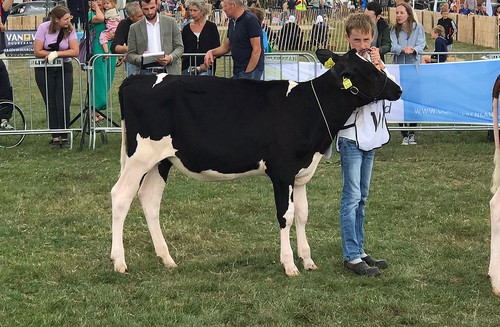 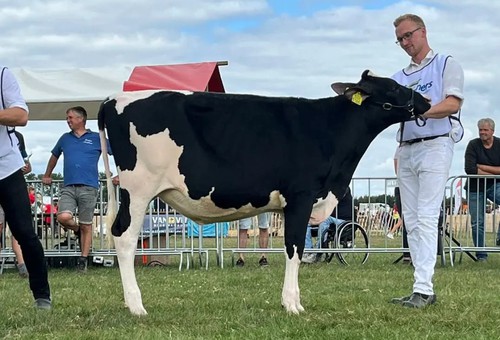 Heifers
Hedra Rita 1401 Red, a Delta Powernap-Red from the Rita's of Willem's-Hoeve Holsteins, took the championship at the yearling category. Due to her great feet & legs and perfect balance, she managed to finish ahead of the Reserve Champion, a Maple-Downs-I GW Atwood. 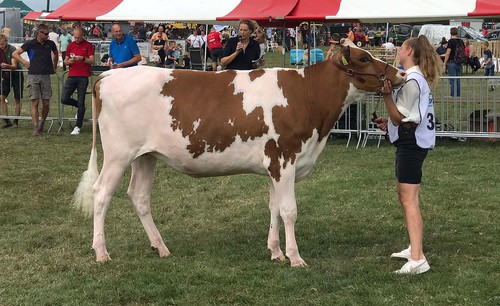 In the next class, the flawless Hedra Massia 1127 VG-88 (by Delta Assist) took the lead and Lowlands Trust daughter Hedra Remarlinda 1124 VG-87 followed her by taking the second position. Remarlinda 1124 VG-87 is the 8th generation in a row with VG/EX and comes from the family of Delta Saxobeat, Delta Bookem Danno and Delta Atlantic. This duo from Hedra Holsteins won the Championship and Reserve Championship Milking Heifers.

Ongoing success for both breeders during the class of herd groups. Six dairy farms participated. Roubos Holsteins took a third position and it was again Hedra Holsteins who won the prestigious title. 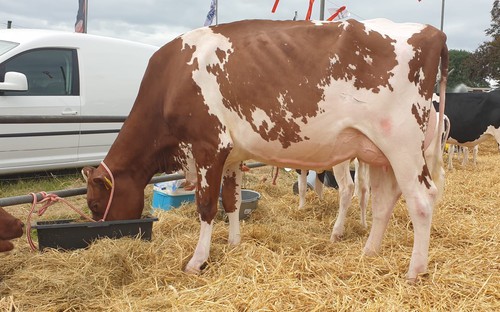