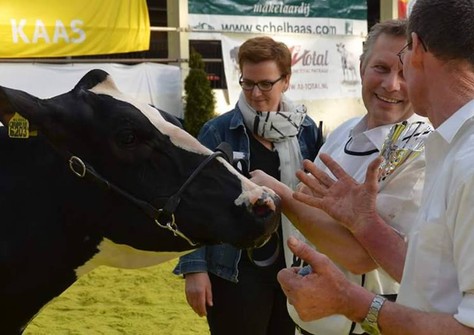 A lot of shows are being organised at this moment. Off course GenHotel members are among the exhibitors and not without success.

Several GenHotel members exhibited cows at the Zuid-Nederlandse Wintershow and one of the judges was also a GenHotel member; Jos Knoef (Big Holsteins). Zandenburg Zelgadis Wanja 1 (Zelgadis) was named reserve junior champion of the show. Wanja 1 is owned by Zandenburg Holsteins and her granddam is a halfsister to Veenhuizer Damion Wanja EX-92.
VanHolland Rochelle, an Atwood daughter from VanHolland Holsteins, was named reserve intermediate champion. Rochelle is one of the highest Atwood daughters in the world and her Fanatic daughter scores +298 GNVI. 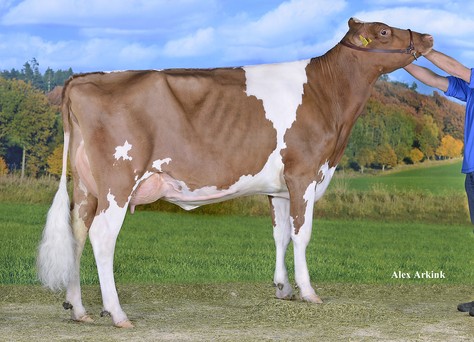 One of the exhibitors at the Wintershow in Pesse, in the province of Drenthe, was Giessen Holsteins. Their Million daughter Giessen Chairty 44 was named grand champion of the show after first being named intermediate champion. She was placed over Marie 356, the grand champion of the HHH-Show 2014.

Hedra D. Marie (Hunter) of Hedra Holsteins was named reserve junior champion at the UFF-Wintershow in Houten. Marie is a daughter of Cookiecutter MOM Hunter and represented her sire in the daughter group at the HHH-Show in December. 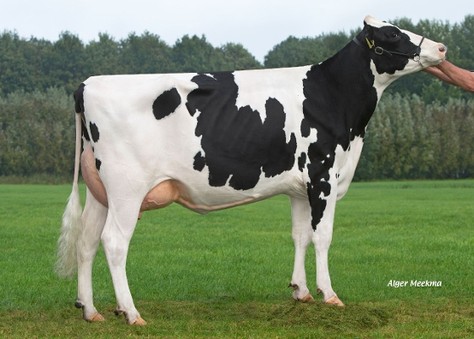