Top scores for dam and daughter at NRP Holsteins! 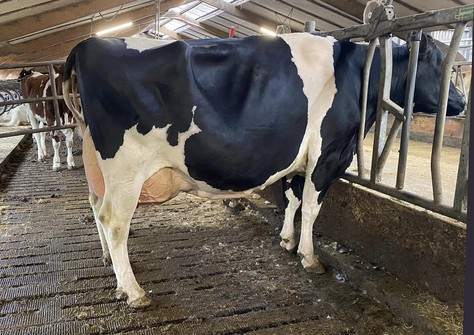 The homebred fifth calver EDG Rubicon daughter NRP Alisha RDC has turned out to be of great value for several GenHotel members for both their red and red carrier breeding program. She is the dam of Batouwe Ailisha Salva Red VG-86 which produced high scoring and top type offspring such as Batouwe Wm Aimee RDC, 3STAR OH Alexia Red, and the recently classified 3STAR Oh Aileen Red and 3STAR SW Ailena Red with resp. VG-86 and VG-88. Alisha RDC descends in five generations from the well-known brood cow Kamps-Hollow Durham Altitude RDC EX-95! The current lifetime production of this red factor Rubicon is 48,648 kgsM with 4.87% fat and 3.69% protein. And since last week she is classified with the fantastic score of VG-89, EX-90 DS & FL!

In addition to the well-known Batouwe Ailisha Salva Red VG-86, her sister NRP Awesome Amberlee Red has also been in the spotlights often. Amberlee Red  is an exceptional individual, as a show star which descents from a bull dam family like this one. The Best Red at the Veekeuring Fryslân 2021 calved for the 3rd time in October 2022 from a Delta Everton heifer calf and is projected at no less than 10,723 kgsM with 5.07% fat and 3.99% protein! As a second calver, Amberlee Red was already classified with the maximum score of VG-89, and now managed to increase her score to EX-90 with EX-92 DS! 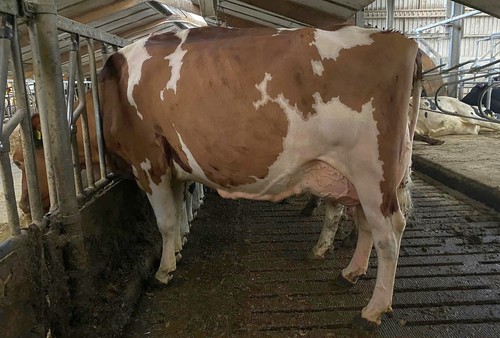 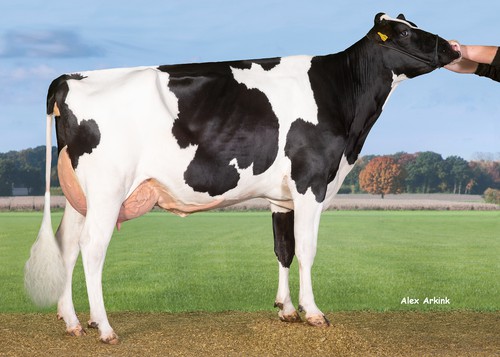