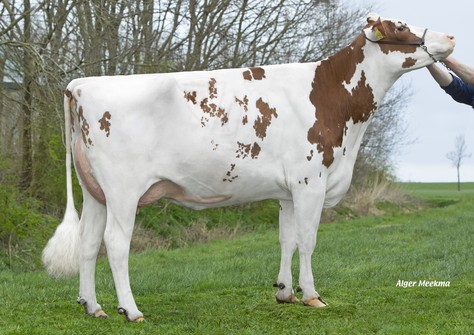 Shortly after Lakeside Ups Red Range (by Mr Salvatore RDC) was fresh from her first calf, she was classified with a total score of VG-85 and VG-88 for her mammary system. During her first lactation she has developed into a really nice cow, which is confirmed by her recently taken, beautiful photo!

In the meantime Red Range is the dam of 16 bulls in AI, yes you read it correctly: 16! One of these bulls is even the number 1 gTPI globally 3STAR OH Ranger-Red (2897 gTPI / 3910 gLPI & 4113 Pro $), now owned by Semex. Ranger-Red writes history and is the first Red Holstein sire, who is higher than all black-and-whites young sires and the chart topper in Canada! Also on the American base he is the mondial number 1 gTPI Red Holstein sire! 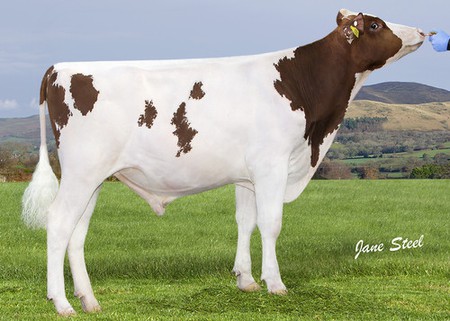 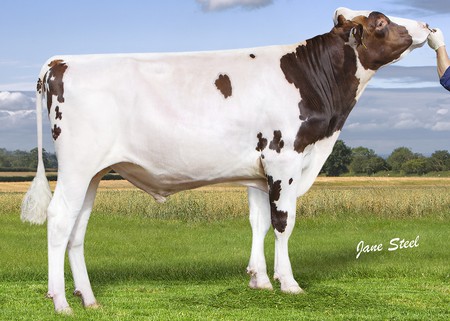