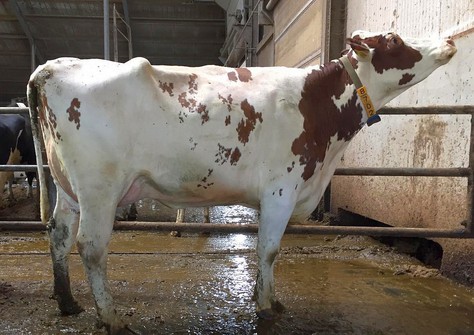 Last week, Koepon had a stunning classifiction day. An incredible number of 74 milking heifers and cows were classified with a score of 84.2 on average! One of the milking heifers which was part of this is the phenomenal Lakeside UPS Red Range, sired by  Mr Salvatore RDC.

Golden-Oaks Mark Prudence
Lakeside UPS Red Range descends from the one and only Golden-Oaks Mark Prudence EX-95. Although very fresh in her first lactation, she managed to get a score of VG-88 for her well attached mammary, and put herself on the map with a total score of VG-85! This Red Range will have great influence in the Red Holstein breeding at a relatively young age, as there are already 13 sons into AI including the number 1 TPI R&W worldwide: 3STAR OH Ranger-Red. This hugely high (+2896 gTPI) Rubels-Red son of Red Range is now owned by Semex.

Des-Y-Gen Planet Silk
Two Alaska-Red daughters of none other than DG HS Schreur Sanne RDC, dam of popular sire Koepon AltaTop-Red, were greatly rewarded with big scores. For example, Koepon Alaska Sanne 5 Red got two maximum scores of VG-89 for DS & MS which resulted in a total score of VG-87. Her full sister Koepon Alaska Sanne 4 Red ended the day with a maximum score of VG-89 MS and a total score of VG-86. Sanne RDC herself was also re-classified, which resulted in VG-87 in her third lactation!

Koepon Classy
Of course, with any classification at Koepon the well-known Classy family should not be missing. The highest scored heifer is Nitr Classy 442 (AltaNitro-ET x Detr Classy 348) with VG-87 / VG-88 FL. A re-classification of VG-87 / VG-89 MS took place for the second calver Jedi Classy 321. She also achieved a 305-day production of more than 14,000 kg of milk in both her first and second lactation. This Jedi Classy 321 has a AltaMontoya daughter in her first lactation, Mnty Classy 435, who is following her dam with VG-86 / VG-88 MS. Also a Modesty maternal sister of the VG-87 Jedi could upgrade her score this day. Mdty Classy 331 increased her score to VG-86 in her third lactation. 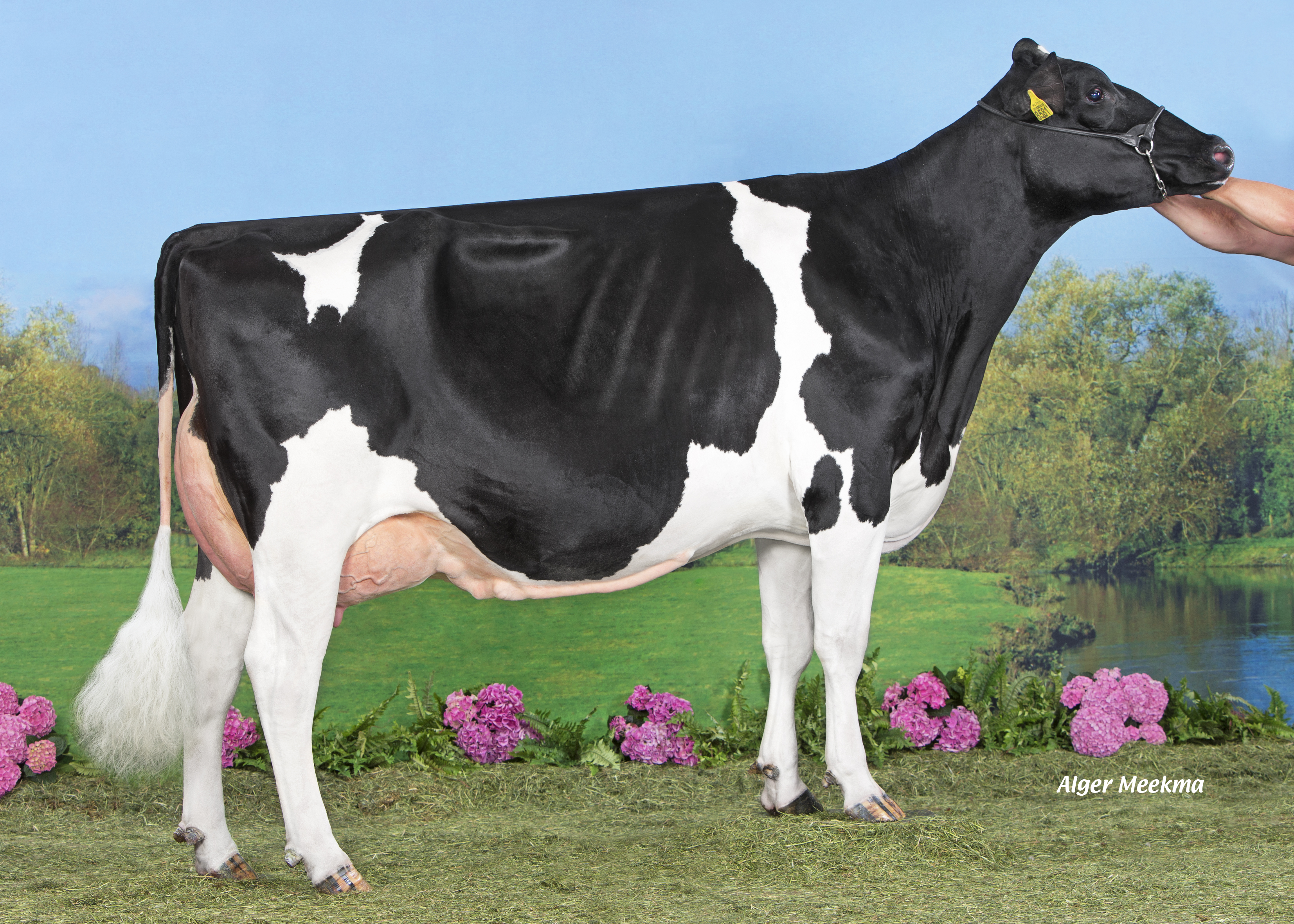 A great brood cow based on RZG and conformation is Peak Hotline daughter Hot Classy 393 (classified with VG-86). As a heifer she's flushed with sire HaS Garido, from which two successful daughters were born: Gari Classy 463 (151 RZG/127 EUT/124 FUN/133 RZE) and Gari Classy 461 (150 RZG/131 EUT/127 FUN/138 RZE). Also a popular donor, with a score of VG-85, is Band Classy 377 (s. Wa-Del Yoder Bandares). From her, 2 high-scoring GGA Keith daughters were contracted multiple times for embryos. From the Classy family is currently flushed a 2829 TPI AltaZarek daughter of Cay Cherry 4 (s. AltaCayenne). Cherry 4 is a granddaughter of Koepon Oak Classy 157 VG-86 and was classified during this inspection with VG-86 / VG-88 MS. 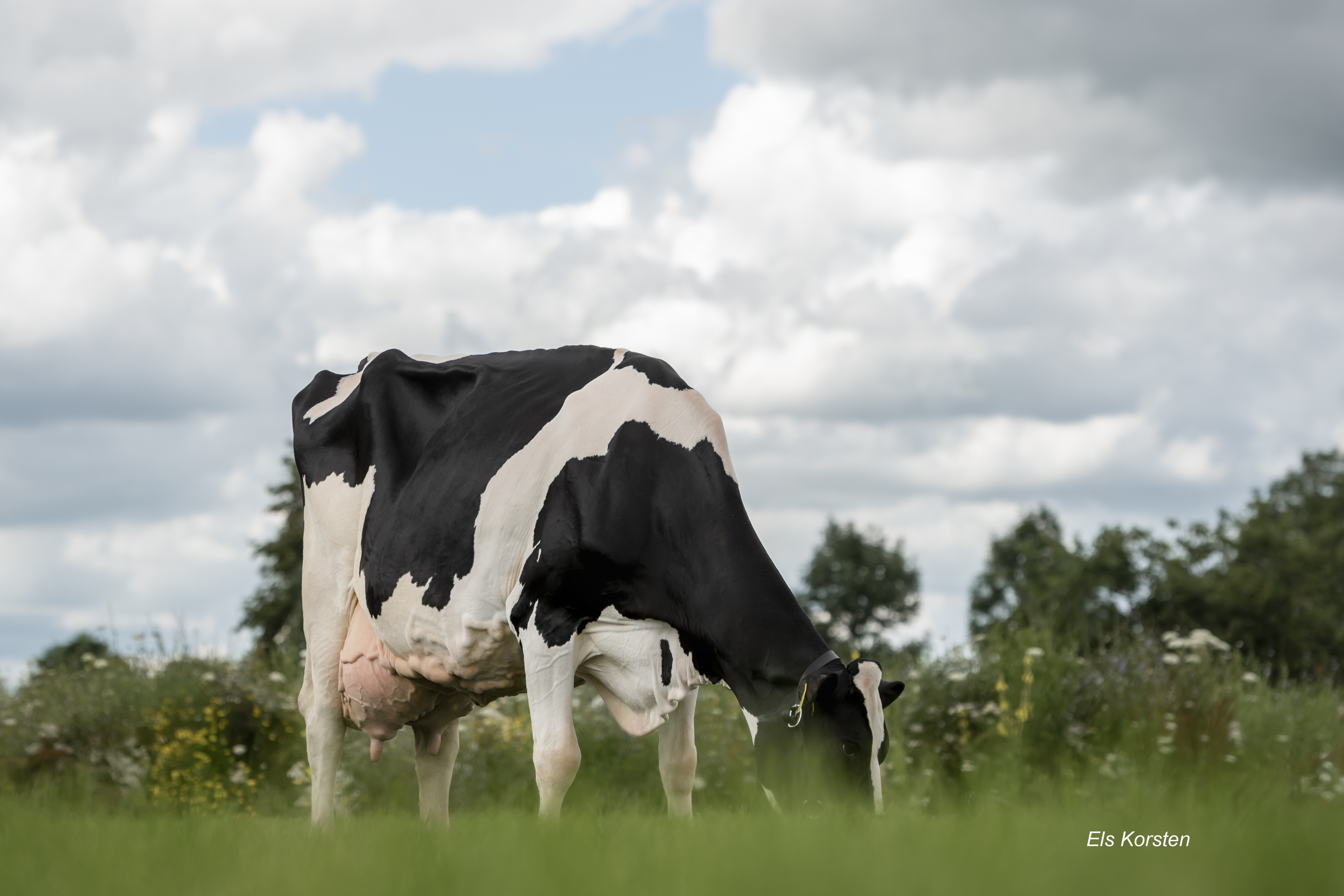 Meer successen
Also for Pb P Midnite 29, a fourth calver Powerball P daughter the day was very successful by a magnificent score of VG-88 with a whopping EX-91 for her mammary system! You may already know Pb P Midnite 29 VG-88, she is dam of Koepon Motto PP at the German AI RSH. A 'Very Good 88' also went to the second calver Peak Sophia, a Monterey daughter of the American OCD Supersire 9882 VG-86. Sophia VG-88 herself is a fantastic brood cow with several high scoring daughters. 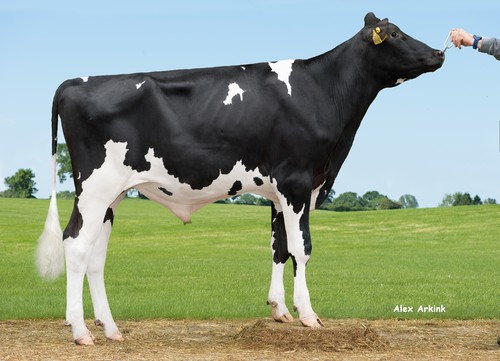 The highest scores of the day at Koepon for you listed below: