The well-known New Moore Esmeralda 38 EX-93 (by O-Man) from New Moore Holsteins has produced already more than 127,600 kgs of milk and reached a fabulous score of EX-93/EX-96 DS as a 10-yr-old. In addition she has proven to be a great brood cow too! In her 12 years, the reigning HHH Grand Champion has bred about fourty female offspring, and one of her youngest daughters received recently VG-88 as a 2-yr-old! 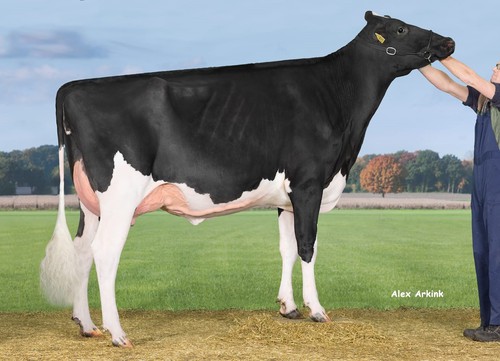 In addition to the aforementioned Seaver Esmeralda VG-88, the following results were also achieved at New Moore Holsteins: