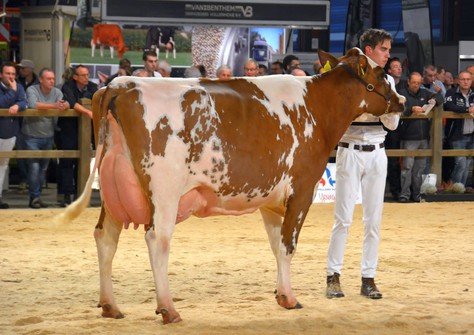 The national Holland Holstein sHow is only just behind us, but Red Holstein breeder JU Holsteins can enjoy their participation with the fourth lactation Lord Red P JU Lonia 254. Because a few days after her participation she managed to increase her classification score!

The Lonia branch, of which JU Lonia 254 originates, has a history of show successes. For example, dam JU Lonia 200 EX-90 managed to achieve a 3rd place in the Intermediate category during the Holland Holstein sHow of 2017. Now, five years later, her Lord Red-P daughter is named Best Udder in her class.

All the more reason for breeder Johan Uenk to invite the classifiers of the Dutch herdbook for a re-classification. This resulted in a new score of 92 FR - 90 DS - 94 MS - 90 FL - EX-92 TOT. Just beforeparticipating in the Holland Holstein sHow, the EX-92 Lord Red-P reached a daily production of 54 kg of milk! 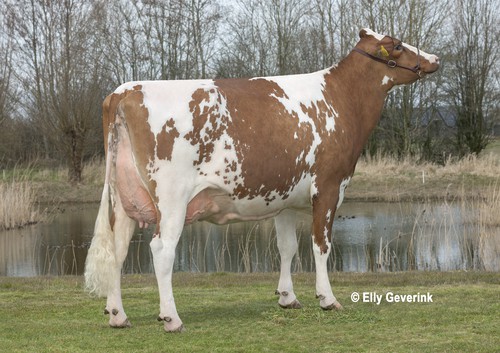