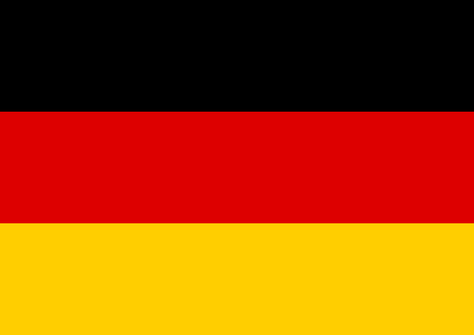 We can welcome the new German breeding values of December 2022. Although there are no major changes at both the top of the Black & White daughter proven and the high genomics bulls, some new toppers are emerging at the Red Holstein rankings!

Young bulls
Among the young B&W genomics bulls there is an unchanged top 3, namely frontrunner Arizona by Arrozo with 167 gRZG, Precision (Proximo x Swift) with 165 gRZG placed 2nd and with 164 gRZG, the Carenzo son Capitol has again finished at 3rd place. Highest newcomer and also highest red carrier + polled in this list is the German-bred Skat P RDC. He is a Sponsor P which goes back to the deep American cow family of Regancrest-PR Barbie EX-92, with a whopping 164 gRZG! With this, Skat P RDC knocks out the number 1 gRZG polled of August Sega P RDC (by Star P RDC) with an unchanged gRZG of 161. The highest Dutch newcomer in the German genomics list is the 3STAR PB Krispy purchased as an embryo at place 7 (163 gRZG). The Progenesis Pinball son comes from the rising family of Art-Acres Kay 721 EX-90, a cow family with high offspring in multiple systems.

The German genomics list at Red Holstein is displayed with a new top. Yet this proof run is again filled with bulls bred by GenHotel members: five out of ten! The new number 1 RZG Red is bred by Koepon Genetics, namely: Koepon Sirius P Red with 163 gRZG. The debuting Star P RDC son is a grandson of the Global Red Impact Cow 2021: Lakeside Ups Red Range VG-86. With this, both the number 1 RZG R&W and polled of December puts the number 1 of August 2022, Red Rocks Mask Red, to place four with 163 gRZG. The new number 2 De Oosterhof 3STAR Fresco Red also comes from the Netherlands. The Poppe Freestyle-Red son bred by De Oosterhof and GenHotel scores 163 gRZG and is a son of the purchased Caudumer Royal Flash 3 P Red. In place 3 we find the debuting Voorhof 3STAR RUW Spooky Red (163 gRZG). The Wilder Kanu 111 RDC offspring was sold as an embryo and puts co-breeder Voorhof Holsteins back on the map!

Once again Tirsvad 3STAR Member PP Red (159 gRZG) is the number 1 gRZG homozygous polled R&W sire. Although his semen is not yet available, the first embryos have been sold like crazy via the 3STAR Embryo Program in recent weeks. The K&L OH Matty P RDC son comes in the total Red Holstein list in 11th place. In the list he has to beat Poppe Flight Red just ahead of him with also 159 gRZG. Although his gRZG of 158 remains unchanged, 3STAR HWH Globed P Red drops five spots compared to August. However, he is the undisputed new number 1 gISET Red Holstein sire in Switzerland! The early Global Red son from Basic PP RDC is a maternal brother of the in Spain in the top ranking bull 3STAR HWH Bambam P @Xenetica Fontao.

Progeny proven
This year you have been able to admire progeny groups of the bull DG OH Topstone several times in the Netherlands and Germany. The Bomaz Topshot son from the recently photographed DG OH Donna RDC VG-89 is once again proving him self! With a whopping 161 RZG (yes, we are talking about progeny proven indexes here) he remains the number 1 in Germany based on 677 lactating daughters! This keeps him far ahead of the remaining number 2 Veelhorster DG Casino with 153 RZG. Two places up comparing to August is the Canadian Progenesis Halo Profiler (153 RZG) based on 474 lactating daughters. Also significantly increased (from 12 to 4 compared to August) is PG Super Uno.  This Superhero son from America has not only gone up in this ranking, but also risen four points in his index. In place 6 & 7 we find respectively the Riethil Holsteins bred Riethil Summerlake with 151 RZG and Koepon Peak Tosco with an index of 151 too. Garido, the popular Boldi V Gymnast son manages to maintain his position in the top 10 with 150 RZG. New in this list is the as an embryo from USA imported Lenovo (Legendary x Josuper), who debuts at 5th place with 151 RZG based on 28 daughters.

The number 1 RZG R&W in Germany remains for the 3rd time in a row Aperol P Red. He is followed by Bentehoek Andy-Red, who increased one place in the ranking from place 3 in August to 2nd in December, based on 701 daughters and an index of 145 RZG. The debuting Blondin RUW Solution-Red with 145 RZG has replaced the Dutch Andy-Red with 145 RZG. Striking is the fact that this American bred Mr Salvatore RDC son from the Richmond-FD Ramos Poppy EX-91 family has 137 RZE with 135 RZEut! Solution-Red is not the only Salvatore RDC son in the top Red Holstein. Of the top 10, no less than half of them is consisting of sons from this former, heavily used sire of sons. This also applies to the 4th placed Caudumer Solitair P Red (143 RZG) from the Dutch breeder Caudumer Holsteins. Continuing being successful is the R&W bull DG OH Spark Red (Salvatore RC x Debutant). With 949 daughters, he scores 142 RZG with 2205 kgM.