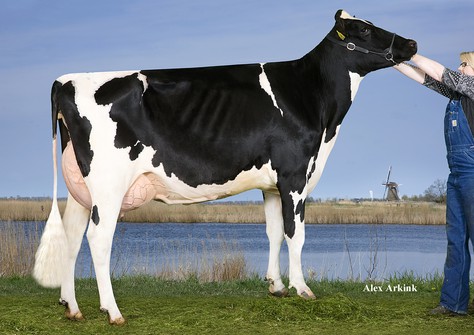 Recently the classifier visited Moonen's dairy farm to classify 20 of their B&W and R&W 2-year-olds. It went very well, because the average total score went up to 83.0 and even three milking heifers got a very nice score of VG-87!

Moonen owns some Markwell Durham Daisy EX-92 family members. S-S-I Penley All Star daughter Daydream 69 is one of them! She calved already at an age of 1.11 year and managed to get a wonderful classification score and ended the day as one of the highlights with her nice score of VG-87/VG-88 MS. Daydream 69 VG-87 became one of the 9 generations of the Durham Daisy EX-92 pedigree with a VG or EX score! This family not only transmits offspring with beautiful type, but also high milkproduction! So is this VG-87 All-Star producing quite a lot and is projected in 305 days over 11.000 kgsM. 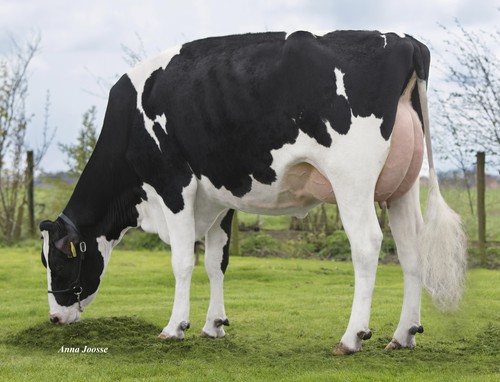 Also a daughter of Delta Bookem Danno, from the Chemello Jocko Benge VG-87 family, scored a wonderful VG-87 and even her Dairy Strength and Mammary are classified with VG-88! HMH Camie 7 VG-87 is the 10th 'Jocko Benge' generation with either VG or EX, and if we take a closer look at this proven pedigree, we find cows like Zandenburg Snowman Camilla VG-88 & Anderstrup Laudan Camille VG-89. 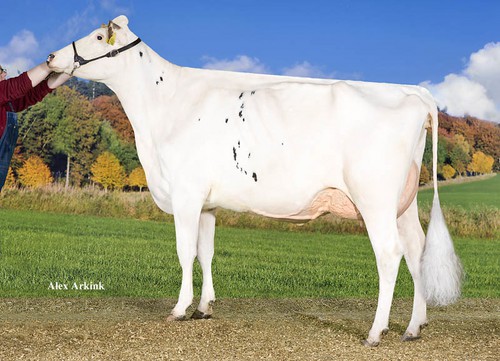 The Red Holsteins were well represented too by HMH Country 2 P Red a Mr Pat Uno Pace-Red granddaughter of Wilder Coco P-Red VG-86, which is the dam of AI sire Wilder Born P RDC. This Pace-Red got herself a super score of VG-87 with a VG-88 mammary! Country 2 P Red VG-87 is straight from the Apina Massia family! 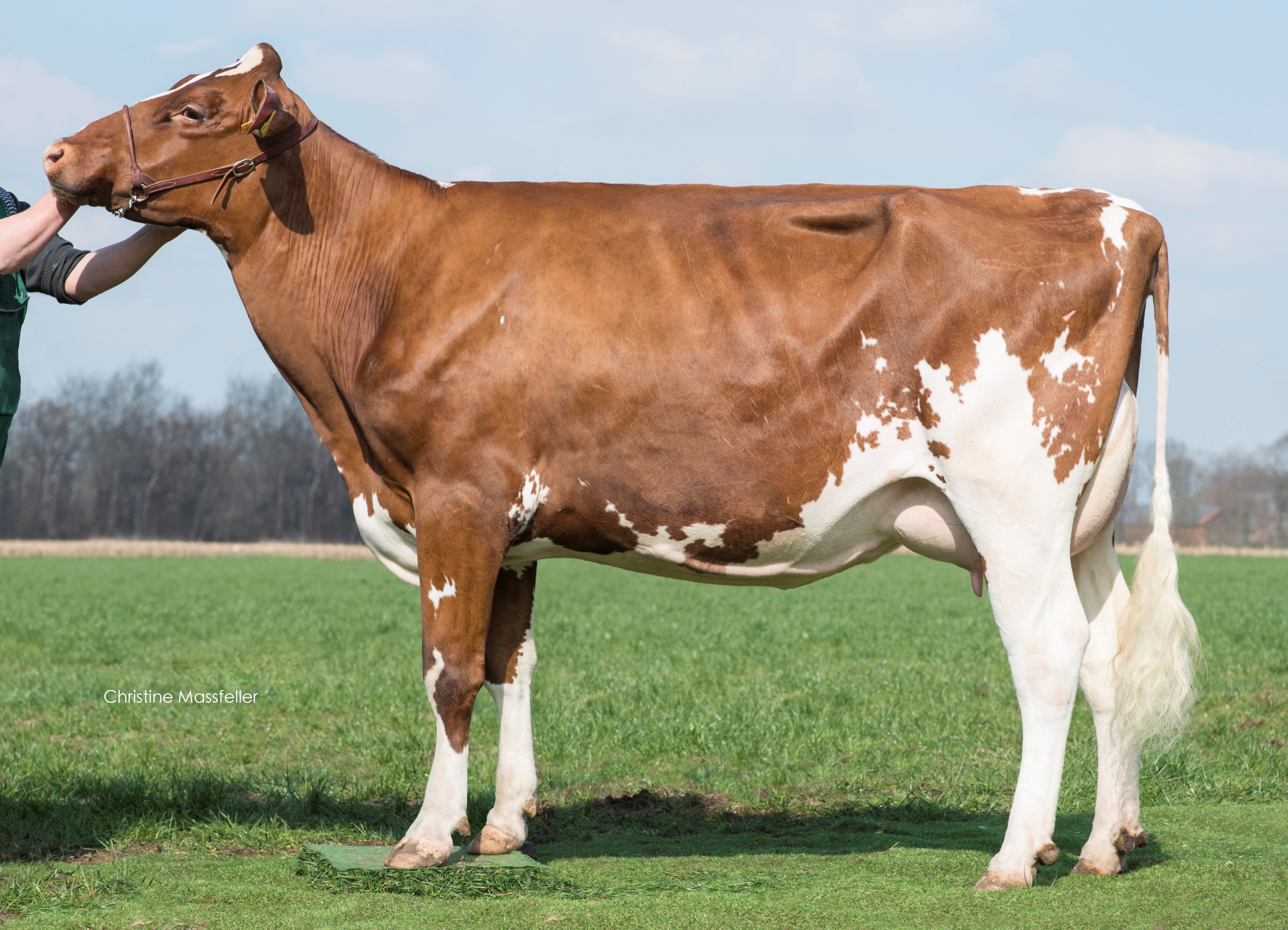 Besides Country 2 P Red VG-87 another four R&W's got their first score. Their average classification score went even up to 84.6 points! Five out of the twenty 2-yr-olds got a high classification of VG-88 for their mammary, which resulted in an average mammary score of VG-85.8!