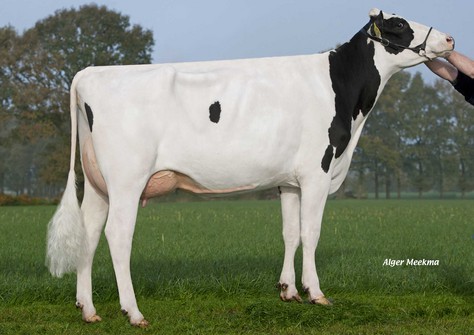 Pieter Schuit from Schuit Holsteins had something to celebrate after the latest classification day. Some 2-yr-olds and (young) cows were ready to get classified. Highlight of the day was a Cogent Supershot in 4th lactation, straight from the Windy-Knoll-View Promis family!

It is Schuit Felien (by Supershot) who started off with VG-89, partly by EX-92 for her dairy strength! This VG-89 fourth calver is member of a special cow family. Her dam FG Feline VG-86 is namely the granddaughter of the fabulous Windy-Knoll-View Policy EX-93 - full sister to Windy Knoll View Outside Pledge EX-95 and daughter of Windy-Knoll-View Promis EX-95.

Felien VG-89 wasn't the only family member of Promis EX-95 to be classified that day! Also two of her daughters were scored: Schuit Fenna (by Wa-Del Yoder Bandares) and Schuit Fiona (s. Kerrigan) met the classifier. Fenna scored VG-87/VG-88 MS and Fiona was also awarded with a nice score of VG-86/ VG-89 DS. 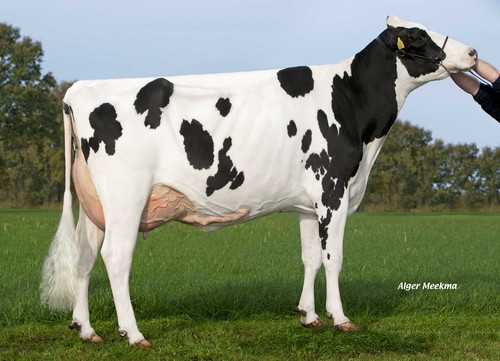 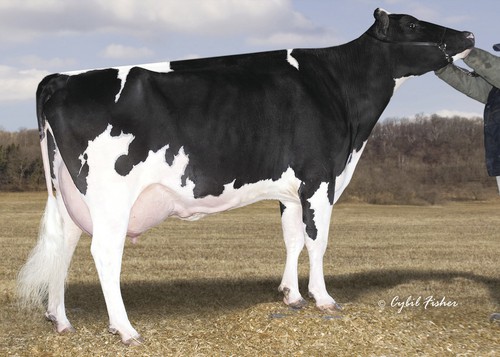 Two granddaughters of Wilder Brekem K22-Red VG-86, both red and in first lactation had a great day too. Schuit Kania Red by Manana Red honored her 'Wilder K' family with a total score of VG-85 & VG-MS and her maternal sister by Lesperron Santorius RDC, Schuit Kira Red,  was scored GP-83. 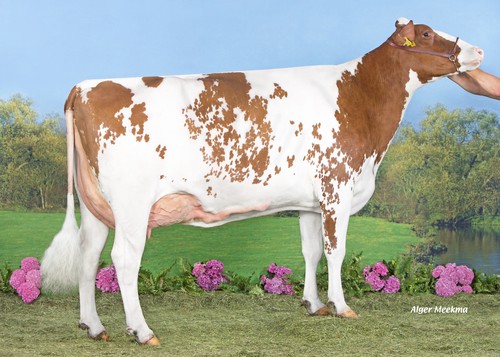