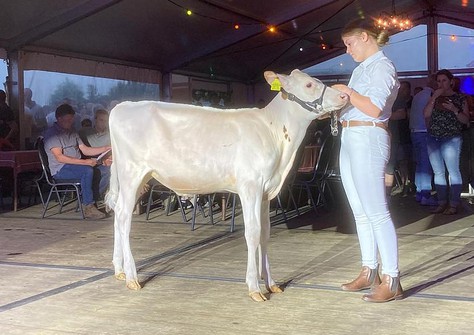 In honor of the 50th anniversary of V.V.B. Silvolde in the Netherlands, the snow-white Poppe 3STAR Angela Red was raffled off last Saturday. Especially for this occasion the fancy K&L OH Matty P RDC daughter from the great brood cow Poppe K&L Adele Red VG-85 was offered by Poppe Holsteins and GenHotel.

Adele Red VG-85 transmits high gRZG, with daughters up to 156 gRZG, such as the red & white and polled Poppe 3STAR Allinde P Red (by Star P RDC)! With Angela Red, her new owners have a very special heifer in their hands. We wish them a lot of joy and success with this great heifer from the (joint) breeding program of Poppe and GenHotel. 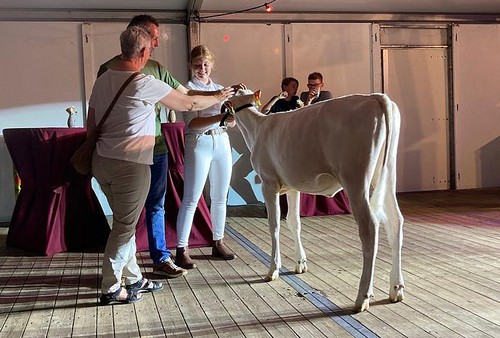