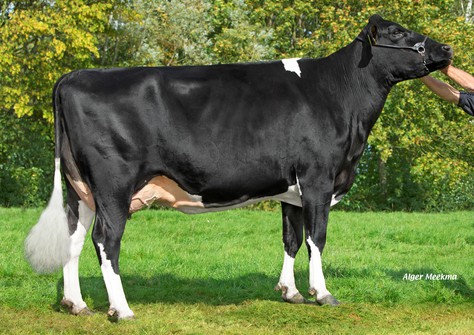 It took some time, but since this week the official top 100 list NVI ​​for females in The Netherlands and Flanders  has been published. The black and white as well as the red and white list is filled with numerous females from GenHotel members. The red and white NVI list includes an astonishing number of 27 heifers.

In addition to the Lol family, Caudumer Holsteins is also successful with the Zalia herd. The flush of Finder daughter Caudumer Zalia 2 RDC VG-87 with Jacuzzi-Red resulted in three high red daughters in the top 100 NVI. For example, one of these great daughters Caudumer Zalia 8 Red scores, besides 320 NVI, also +0.67 % fat and +0.17 % protein in the Netherlands! This cow family produces an extremely high fat and protein percentage on both German and Dutch bases, something that can be found generation after generation. 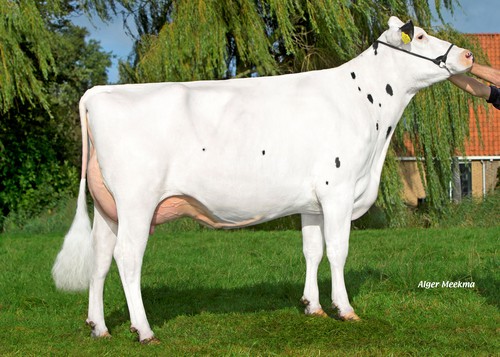 Dutch 'Breeder of the year 2019' Bouw Holsteins managed to reach the top in the red NVI list with three animals. Highest in the list is Bouw Andy Raisa Red. This Andy-Red granddaughter of OH DG Rose RDC VG-87 has a super 335 NVI and with 560 INET, she is listed on place 6. Sudena Holsteins, owner of Rose RDC VG-87, has her daughter Sudena Roxita Red (s. Elixer Red) in the top 100 NVI. She impresses with 111 for conformation, and is therefore in shared second place in this ranking. For NVI she scores a nice 303. A cow family that, in addition to TPI and RZG basis, certainly also triggers on NVI!

You can find the NVI publications here on our webpage