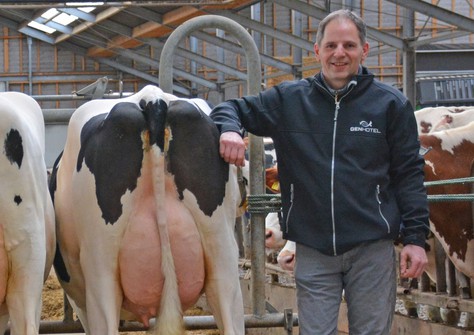 Roland and Tim Scholten (Aalshorst Holsteins) are one of the early participants in the 3STAR Embryo Program. They have been competing in the top breeding for years and have achieved great successes with home-bred top sires such as Aalshorst Pleasure, Aalshorst Balaton and the former No. 1 gNVI Aalshorst Rody.

‘New families’
This tasted like more and Roland and Tim also wanted to see how other cow families would perform in their herd. The purchase of Jerudo embryos from the Willem's-Hoeve Rita cow family at GenHotel led to Aalshorst Rita 2 VG-86. She now has almost a lifetime production of 80,000 kgs of milk, while her Silver son is now at KI Kampen and a son of Perfect Aiko at Genus/ABS.

A few years after that purchase, GenHotel started the Embryo Program. Roland was one of the first participants and he regularly bought embryos, with the offspring in co-ownership with GenHotel. They now have members in their herd from internationally known cow families such as KHW Goldwyn Aiko, , Windy-Knoll-View Promis, RUW Neblina, Veenh. Zadia and Caudumer Lol.

‘Breeding success’
Several interesting animals were born from purchased embryos, such as Aalshorst K&L Zalia 1 RDC. This Barolo x Aikman scores very high and has complete genomics, embryos from her flushes were sold to a German AI. The sire Aalshorst K&L Zambrano Red (s. Emperor) is born from one of the flushes and is now stationed at Masterrind, while a daughter from Alaska was contracted for embryos. Zalia 1 is now in her second lactation and classified VG-87 with VG-87 MS! A heifer was sold through the GenHotel Selection Sale for € 15,000! Besides these beautiful results, the performance in the herd is also extremely good!

‘Practice proofs!’
The 3STAR Embryo Program has so far 15 lactating females in the herd of Roland and son Tim, who recently joined the company. These 15 animals have an average score of VG-85.4 and are producing 13% above the herd average!

As first calvers, these 15 results from the Embryo Program produce 13% better than all the other cows at Aalshorst Holsteins. Nine of them are in 2nd lactation or have completed the 2nd lactation and they perform 12.8% better! The first cow of the program is now in her 3rd lactation and still does it 13% better as her competitors.

It is not without reason that Roland and Tim are enthusiastic about the 3STAR Embryo Program. According to Roland, it is a must for everyone: "You can get offspring from the best cow families in your herd for a relatively low investment and this way you can spread the risk nicely. The advantage is also that GenHotel lets animals, which are no longer interesting for top breeding, simply become the property of the farmer. I was a little afraid of that at first, but it is going very well. In this way, livestock farmers remain enthusiastic about breeding. The collaboration has been going well so far and both parties are benefiting greatly from this system! "

So you see, in addition to breeding successes, the 3STAR Embryo Program delivers cows that are a pleasure to work with and that can give the genetic level of your herd a huge boost! Contact Boudewijn Koole, René te Wierik or Martijn van der Boom if you also want to take advantage of the 3STAR Breeding Program (with low entry investments) too!

See below some pictures and a video of these amazing cows at the Scholten dairy farm! 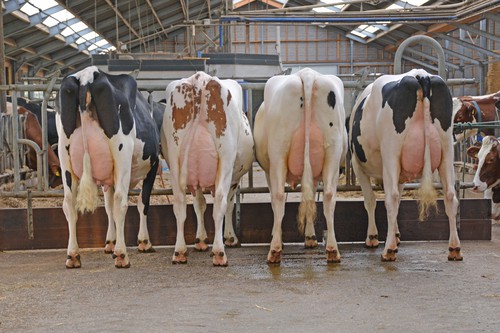 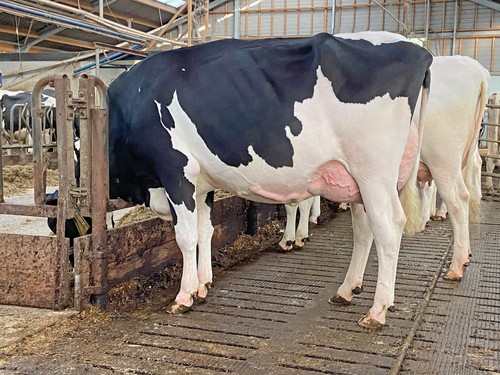 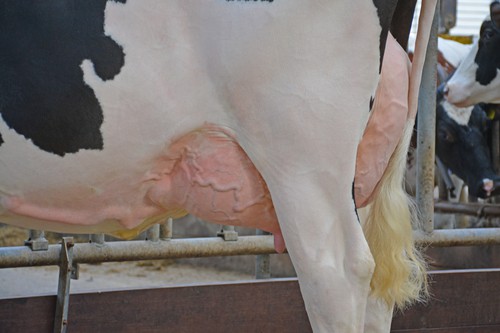