Fantastic round of scores for 2-yr-olds Willem's-Hoeve 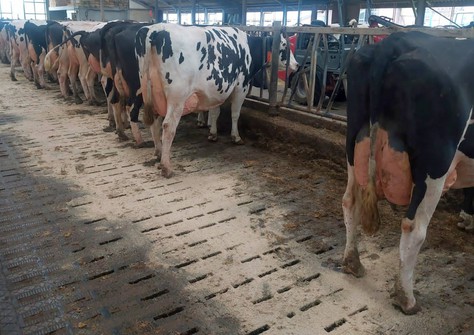 The classifier scored seventeen 2-year-olds at Willem's-Hoeve Holsteins with an average of VG-85.2! For 6 young dairy cows, the time has come for some new scores, up to VG-89. The average score of this day came to a stunning VG-86.0!

Highest score for the first calvers was for Willem's-Hoeve Rita 2335, a Walnutlawn Sidekick grand daughter of NRM 2012 Junior Champion Willem's-Hoeve Rita 579 EX-91. With VG-88 and a maximum score of VG-89 for Frame and Mammary all eyes were on her. In addition to the high scored dams, this line also bred daughter proven bulls. For example, the  silky black Superstition son Shirocco with 1538 milking daughters in Germany. He is the maternal brother of Rita 579 EX-91. 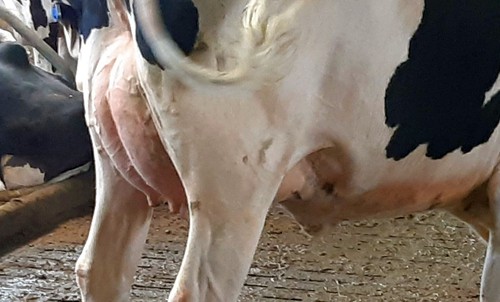 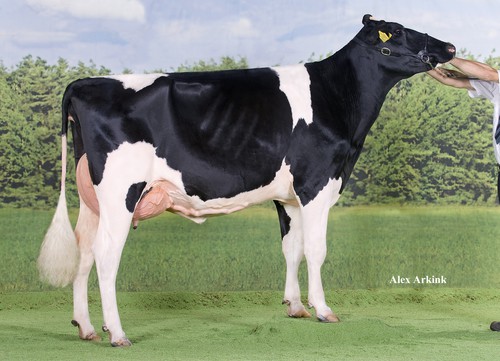 Upcoming bull dam Willem's Hoeve Rita 2340 (308 gNVI & A2A2), is a milking 2-yr-old by Midwolder Martin. She is a direct daughter of the well-known Jetset daughter Willems-Hoeve Rita 1626A VG-86 who, among other things, grew into an important embryo donor due to her attractive transmitting profile. One of her sons, Willem's-Hoeve Steyr (full brother Rita 2340) already left for AI. Rita 2340 freshened just one month ago but was already classsified VG-86 (VG-88 MS); a fantastic young cow that we will hear more about! 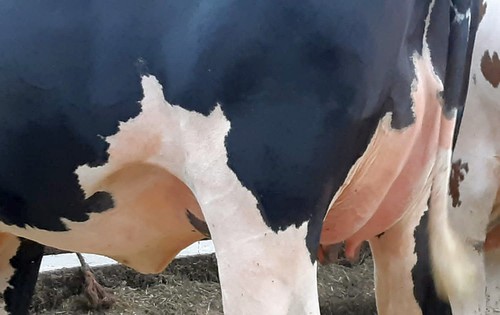