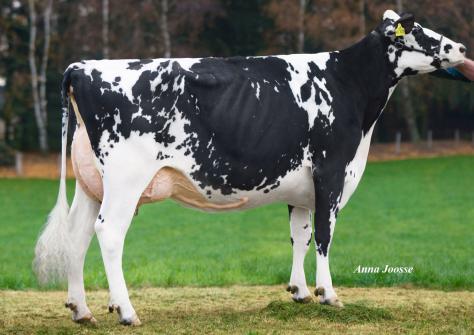 The number 1 gRZG Supershot daughter Xenia VG-85, owned by Lis-Leck and GenHotel, is recently pictured. Cogent Supershot is now with milking daughters the number 1 NVI sire in The Netherlands and also in Germany, Spain, France, the UK and the USA in the top 100 daughterproven sires. Xenia scores in the German system 163 gRZG and is with that the highest Supershot daughter globally. In fact, she is the highest milking heifer worldwide, 4 points higher than the number two! Her skyhigh proof is also the result of her tremendous production potential: a peak production of 53 kgs per day and a projected first record (305 days) of 14.462 kg milk with 3.40 % fat and 3.48 % protein!

Xenia, from the German X cow family of Thoenes Holsteins, Kalkar, is already in the spotlights since her first genomic result and is flushed as a heifer several times successfully. Her Lighter son is in the RUW rearing barn, while her Sixpack son is already at RSH. Xenia has also 9 daughters, sired by of Rubi Agronaut, Lighter, Mr Puma and Souki. The highest daughter, with 162 gRZG, is Lis K&L Xandra (s. Rubi Agronaut), the highest Rubi Agronaut in the German system. 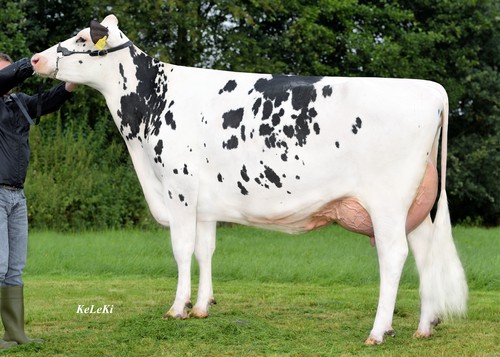 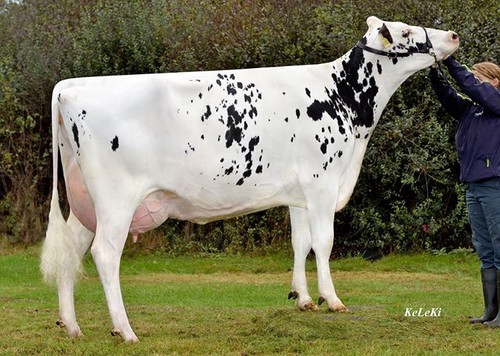 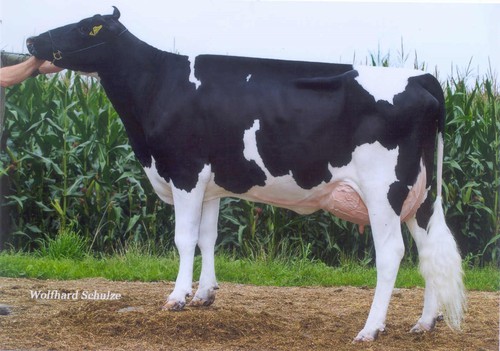