It was time to classify again at Midwolder Farm, the dairy farm of the Van Erp family. Twenty of their 2-yr-old milking heifers met the classifier, which resulted in a fantastic average total score of 83.9 points. Also two of their phenomenal milking cows were classified with EX!

The highest score for the 2-yr-olds was VG-86 for 4 milking heifers. One of them is Rush Hour daughter Delta Laisa. Her VG-86 score includes VG-88 for Frame and Dairy Strength. Midwolder K&L Fiona 4, descendant from the fabulous Windy-Knoll-View Promis EX-95 and sired by Progenesis Cameron, also scored VG-86. Greatgranddam of Fiona 4 VG-86, FG Feline VG-86 (s. Snowman) is a well-known brood cow. This family, like the VG-86 Cameron daughter herself, excels in production, longevity and conformation. Her 305-days production is projected at 11.402 kgsM with 3.58%F and 3.37%P as a 2-yr-old. 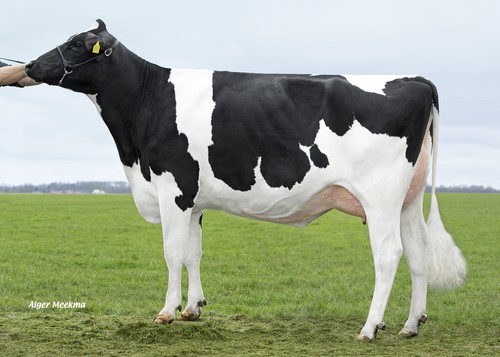 There were also some cows which had the opportunity to get reclassified. In this way Midwolder Marjon 130 (s. Seagull-Bay Silver) went up to VG-89 with EX-90 DS & EX-91 MS in her 4th lactation! Marjon 130 VG-89 is a daughter of the great brood cow Midwolder Marjon 53 VG-87 (s. Trigger), which is also the dam of AI sire Midwolder Movement (v. Delta Regard) and 3rd dam of Midwolder Martin, both @ CRV. This cow family is backed by Remarlinda EX-90 (s. Jocko).

Because of her tremendous breeding power, Van Erp will flush Susan 240 VG-89 soon! 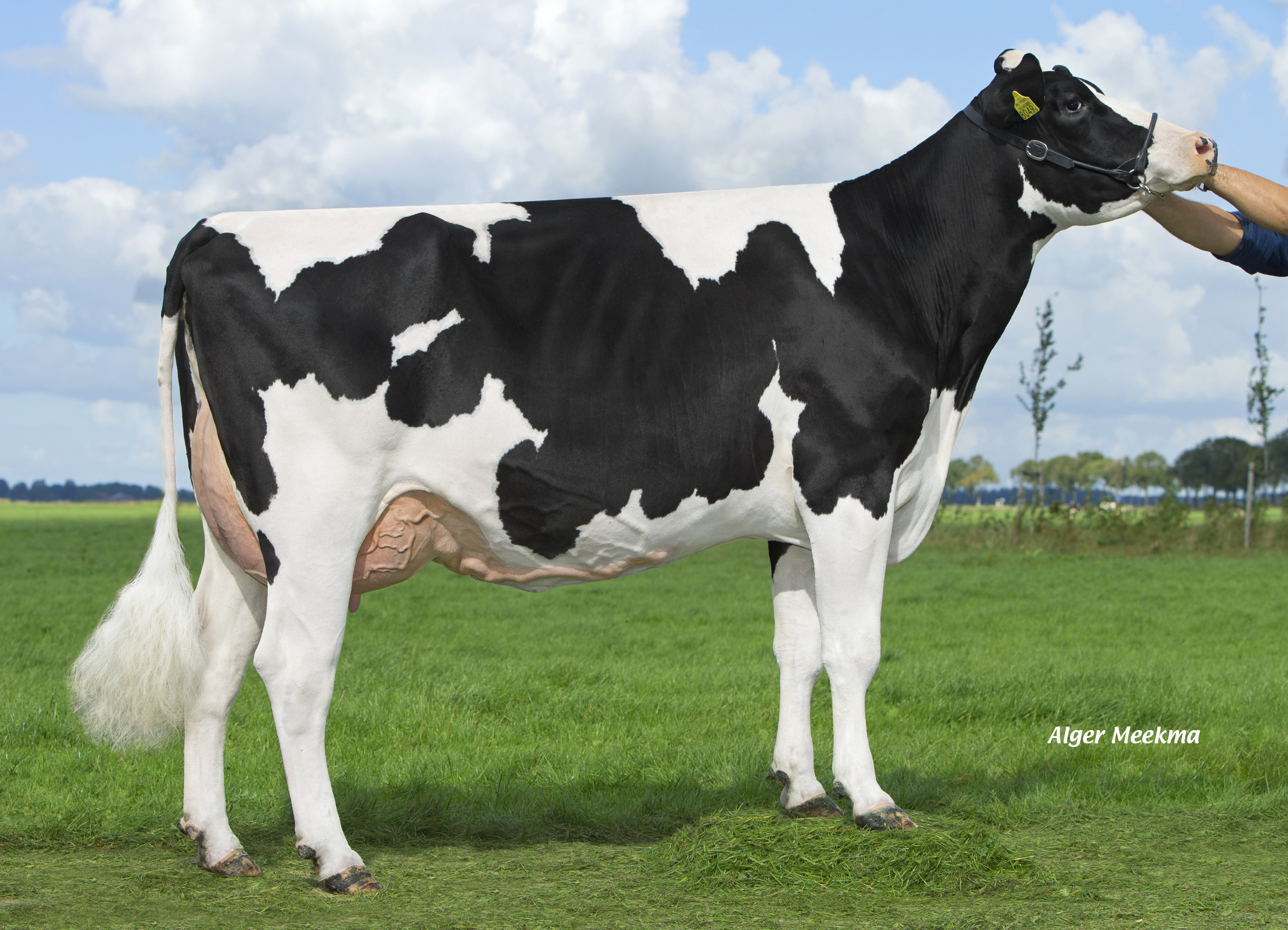 To top the classification day of, it was the 10 year old Midwolder Massia 36 Red, which reached EX-90/ EX-91 FR & DS in her 8th lactation! Her maternal sister is Midwolder Massia 46 RDC EX-90 (s. AltaIota), dam to Midwolder Nemo-Red @VOST. Not long ago Massia 36 Red EX-90 was looking outstanding in front of the camera: 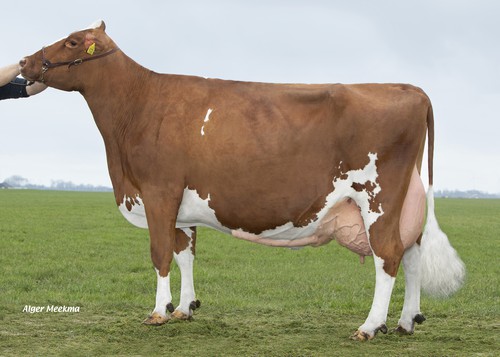