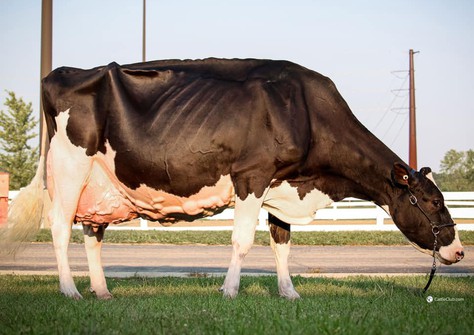 World news: The twelve-years-old Blondin Goldwyn Subliminale is classified EX-97 and also her fantastic mammary is scored EX-97. The Braedale Goldwyn daughter of the American show and breeder herd Budjon Farms successfully ended her show career in May by winning the Grand Champion & Best Udder at the Midwest National Spring Show 2021. Now she has added a new stunning milestone!

Blondin Goldwyn Subliminal EX-97 has already produced a lifetime production of almost 130.00 kgs of milk in just 8 lactations. She's a member of the Blondin Skychief Supra EX-93 family and has won many major titles in the past 10 years, including multiple All-American and All-Canadian titles! Last year she was even crowned Reserve All-American Lifetime Production Cow 2020, with a life production of over 120,000 kgs of milk. 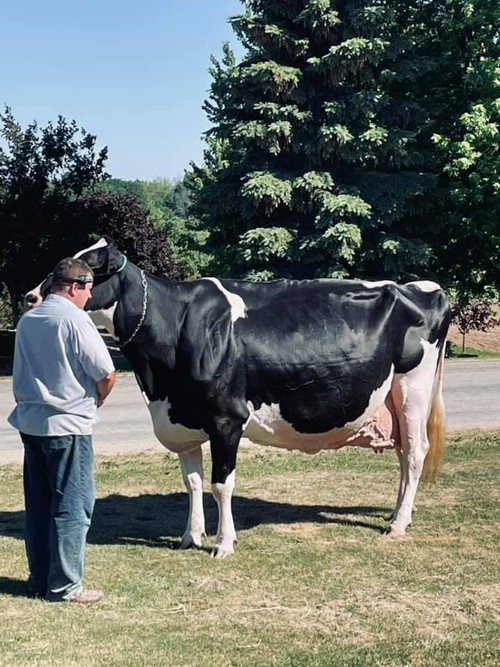 In the Netherlands there are several female offspring from this 'Sublime' cow, including: Riethil Sublime, BWN Verheul Sub en Blondin Success. 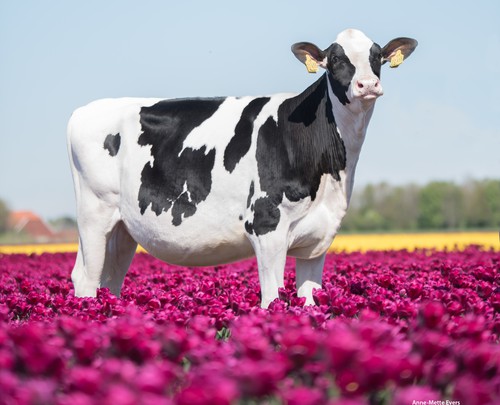