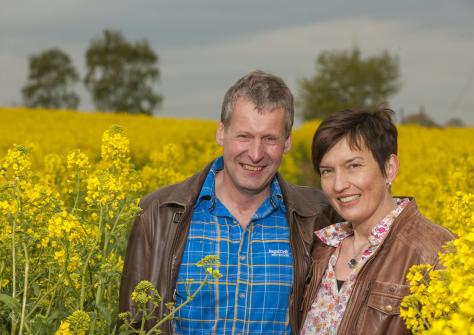 One of the most interesting young heifers at Lindenhof Holsteins is HLB Olala. This Jetset daughter is backed by a Balisto x GP-84 Perry x EX-90 Superstition x Richmond-FD Barbie EX-92. Olala scores +162 GRZG and offers +147 RZM and +139 RZE!
Also from this family hails HLB Bermuda. The dam to this +2617 GTPI Detour daughter is a full sister to the dam of Olala.

A very interesting 2-yr old that is due this year is HLB Detroit. The dam to this Headliner daughter is Sandy-Valley Fred Daggi VG-85. She is a Freddie daughter of Sandy-Valley Sho Sonador VG-88 (Shottle x VG-87 Blitz x VG-88 Bellwood x Ricecrest Southwind Kaye VG-87) and thus a full sister to PBCD FD Sina VG-87, dam to the bulls Background and Sinus.
Detroit has several high testing daughters including HLB Damaria, a +142 GRZG Damaris daughter.

Some of the most interesting R&W cows and heifers at Lindenhof Holsteins hail out of the HLB Grenoble VG-85 family. Grenoble is a VG-85 Lawn Boy daughter from a VG-87 Carmano dam. She has several very good daughters including HLB Gine P Red, a +146 GRZG and Polled Pat-Red daughter. Another very special daughter of Grenoble is HLB Gusta sired by Brekem. She is due this year but already has daughters by Matisse Red and Pat-Red. 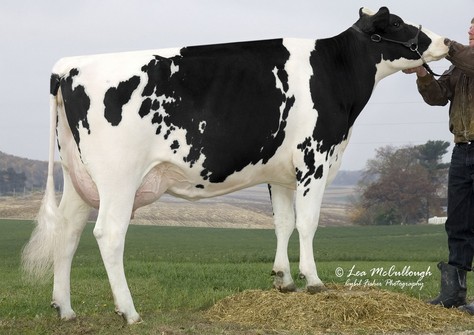