Dukefarm Holsteins shows off with average score of 84.5 AV 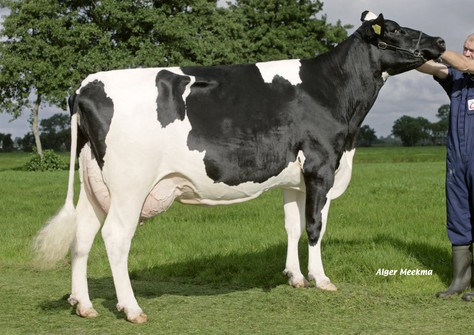 At Dukefarm Holsteins were recently 23 black & whites classified. One of them, a fourth calver sired by Vero Startrek, met the classifier for the second time and upgraded her total score. The classifier had a great day at the Flamish dairy farm, because the 22 two-yr-olds scored an average total score of 84.5 points!

Dukefarm Alistar (by Startrek) is a descendant of the very famous R&W cow Massia 13 VG-86 (by Andries). Massia 13 VG-86 played an import role in the success of the Apina Massia family, which is now one of the most high-impacting cow families in Europe! Alistar's granddam, Dukefarm Astro VG-85 (Delta Astro x Delta Alita GP-84), was the first generation of the Massia's at Dukefarm Holsteins. Now, many generations later, D'Hauwe still enjoys the power of this family through Alistar VG-88/ EX-90 FL. 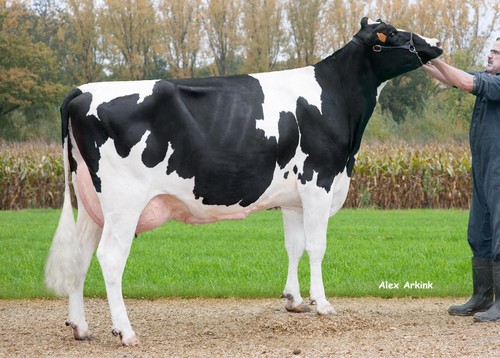 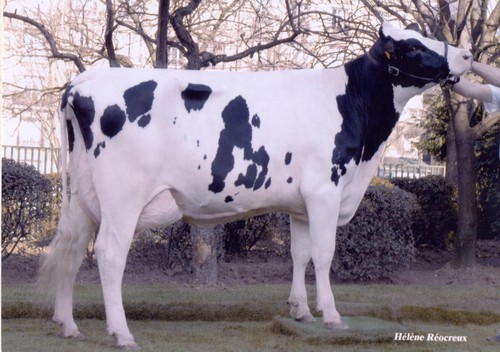 12 Of the 22 first calvers score 'Very Good', which had a huge impact on the super average score of this classification day!  You can find an overview of the highest results below.