A big milestone for Newhouse Sneeker 422! 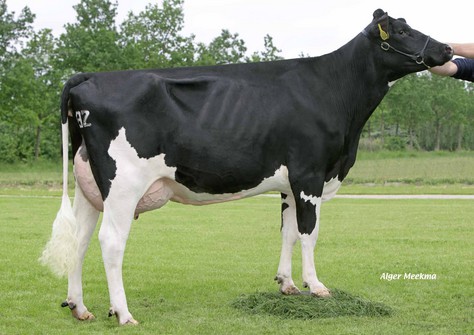 The 11-year-old Newhouse Sneeker 422 VG-87 has recently achieved the magnificent lifetime production of 100,000 kgs of milk! This Stol Joc daughter from the well-known Sneeker family of Newhouse Holsteins has had a lot of influence in GenHotel's 3STAR breeding program.

After Sneeker 422 VG-87 was purchased by GenHotel, she was housed at Benthemmer Holsteins. Here she has been well taken care of and partly because of this, she managed to produce 100,276 kgs with 3.81% fat and 3.52% protein in 2818 days! This makes her the 20th cow sired by Stol Joc in the Netherlands with a life production of more than 100,000 kgs. 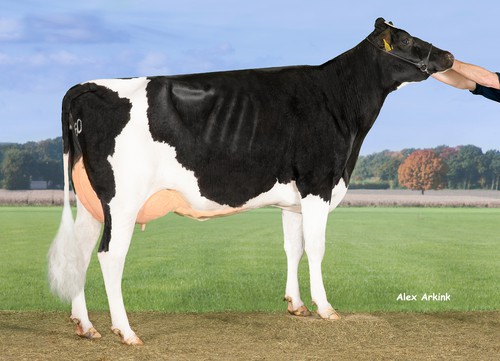 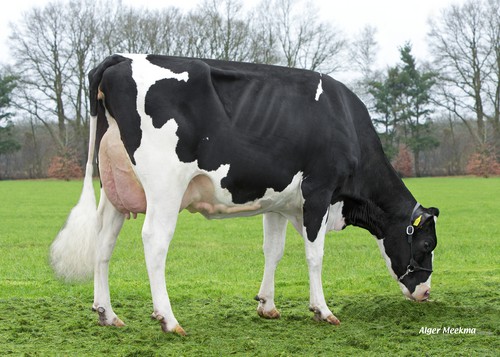 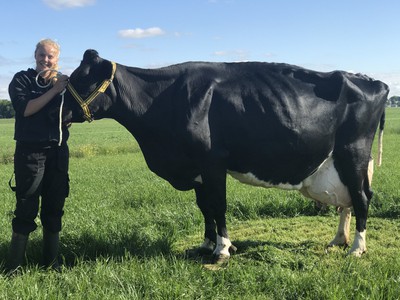