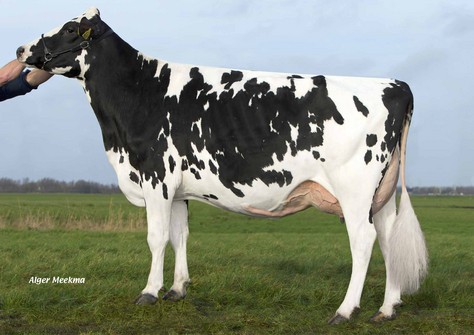 Recently, a view dairy cows and milking heifers were classified at Riethil Holsteins (Biesheuvel family). A wonderful day so turned out, because there was even a cow that managed to 'upgrade' her score to EX-91!

The third calver Supersire daughter Riethil Islandsire received a beautiful reclassification of VG-87. Islandsire VG-87 comes from a deep German/French cow family with Gourmette EX-92 as matriarch. In this maternal line, Islandsire VG-87 is the 9th generation in a row with VG or EX! Islandsire VG-87 her granddam also contributes, because 6th calver NH Super Islandwave made a stuning impression on the classifier. Her fantastic udder height and width made increase her score from EX-90 to EX-91! Besides her showallure, she also manages to produce a lot of milk: in 2,365 days she produced 82,823kgM! 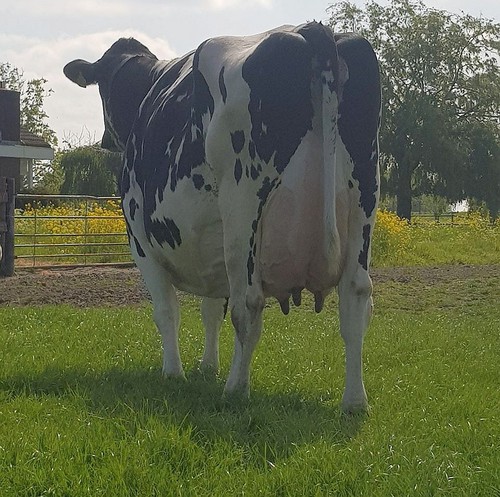 In addition, a number of high potential first calvers were also classified. Riethil K&L Arianne is one of them. The Stantons Sixpack daughter was classified with VG-86. Arianne is a great result of the 3STAR Embryo Program and is descended from Gold-N-Oaks S Marbella VG-89, a family where several bulls have been delivered to AI stations. For example Arianne VG-86 her granddam successfully delivered three sons to AI. 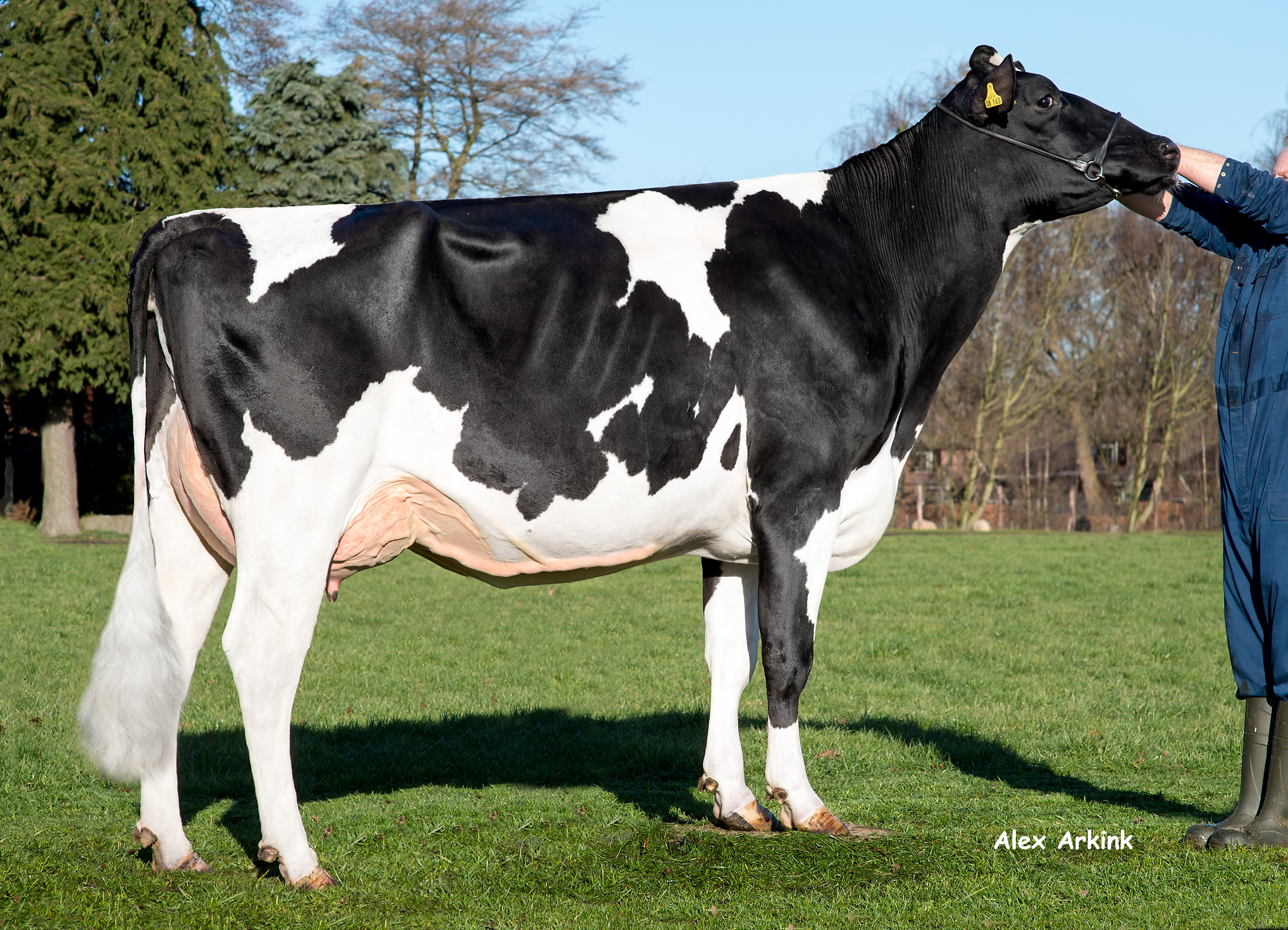 Biesheuvel also owns offspring from the famous Regancrest-PR Barbie EX-92. For example, a great-granddaughter of Regancrest S Chassity EX-92; Riethil Claire 4 (v. Silver). She was rewarded with VG-85. Chassity EX-92 is the dam of the world famous bull Mr Chassity Gold Chip. Another impressive cow family that Biesheuvel managed to get in their stable is the Snow-N Denises Dellia family. The first calver Riethil Planet of Adagio (s. Adiago P) is one of these offspring. She was rewarded with a total score of VG-85 and VG-87 for her mammary.