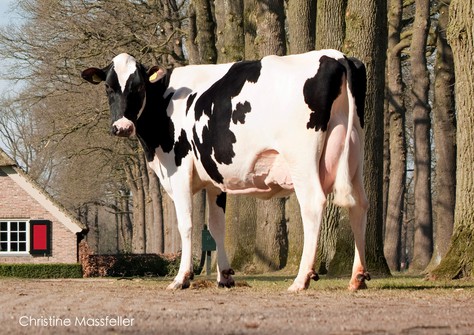 At Aalshorst Holsteins, the Scholten family in Dalfsen, 16 Holstein and Red Holstein heifers have recently been classified with a great average score of 84.0 points Total Score and even 84.9 for udder. Also 4 cows have been rescored, which have now all achieved the VG score. 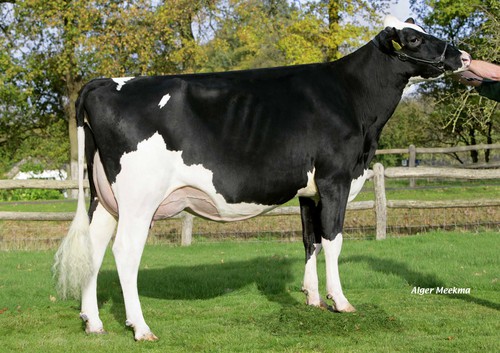 Of the 6 red-and-white heifers, who scored an average of 84.7 points and 85.5 for udders, the sublime uddered Aalshorst Fienchen 25 Red was classified the highest with VG-86 and VG-87 udder. This beautiful Rosebud-Red daughter comes from the Poppe Fienchen family, known for proven bulls such as Poppe Ferdi and Efrain-Red and young bulls Poppe Frisk-Red, Ferro-Red and Freestyle-Red.

The overview with the highest classified females: