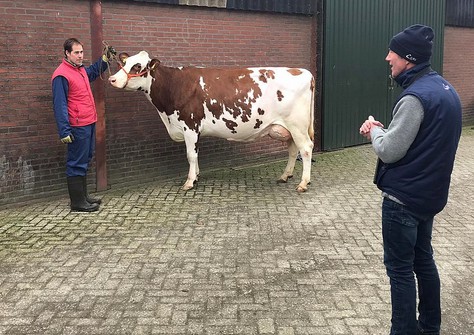 Red Rocks Holsteins (the Wesselink family), the fellow-breeder of the daughter proven sire Red Rocks Effort-Red, got their first excellent daughter of Effort-Red. This five-year-old cow is the second excellent Effort-Red daughter in the Netherlands!

Red Rocks Margrit is a granddaughter of Etaregge Burns A Margrit Red VG-86 (by Mr Burns), which makes her a descendant from the American legend Dixie-Lee Aspen EX-92 (by Mascot). This cow family came to the Netherlands by the import of Fatal embryos from Aspen EX-92 herself. GenHotel delivered these embryos to Etaregge Holsteins, who startet their own successful Aspen-family. Etaregge Holsteins managed to breed the daughter proven sire Etaregge Brooklyn-Red, the full brother to Margrit her granddam.

Now, years later Red Rocks Holsteins owns a sixth and excellent generation. Not only Margrit her maternal line is successful, but also her sire is a great transmitter. Red Rocks Effort-Red (Ellmau x Bonhill Warsi family) his dam was bought as a heifer by Wesselink and GenHotel. They sold Effort-Red as a young bull to RUW. He grew up to be the no. 1 genomic sire in both Germany and the Netherlands, and even right now his NVI index is stunning. During the last December proof run Effort-Red is still ranking 5th of all proven R&W sires!

Red Rocks Margrit was classified last week with EX-90/92FR, this makes her the 10th generation of EX/VG in a row and 2nd Excellent Effort-Red daughter in the Netherlands! Her current lifetime production is 38.166 kgs M, 4.28% fat and 3.65% protein. 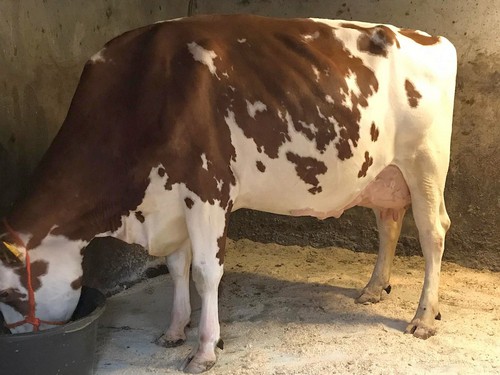 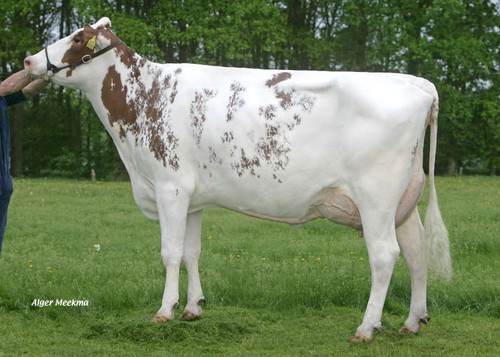 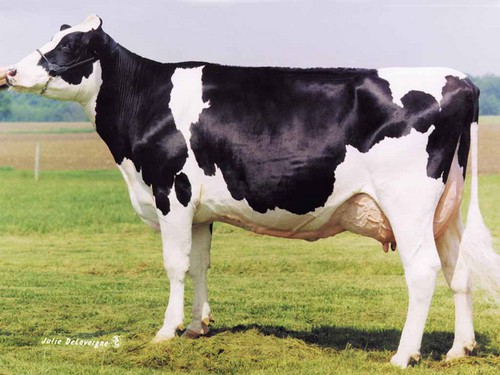 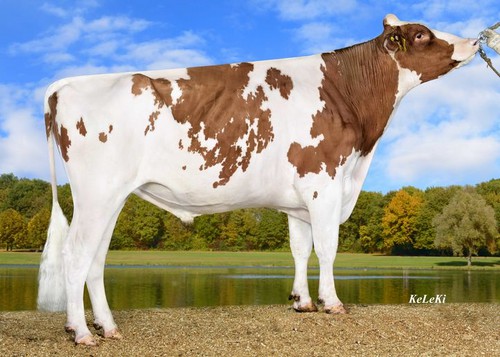