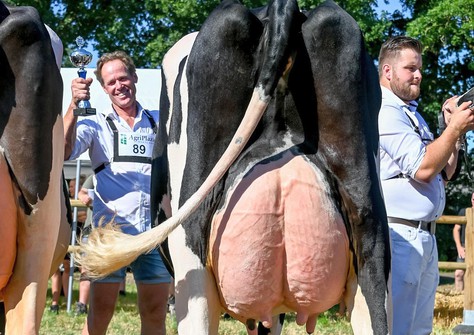 It was a wonderful day for participating GenHotel members Robert Neppelenbroek and Drouner Holsteins during the 'Rundvee Show Noord' (RSN) last Saturday. Both sides left the show ring with great titles.

Junior heifers
The individual qualification of the heifer calves brought Drouner Holsteins a second and third position for Drouner Aiko 1889 (by Have It All) and Drouner Sublima 1890 (by Have It All). Together with Sublima 1890 her full sister Sublima 1871 they were formed into a breeders herd group. This group of Albring took the Reserve Championship. 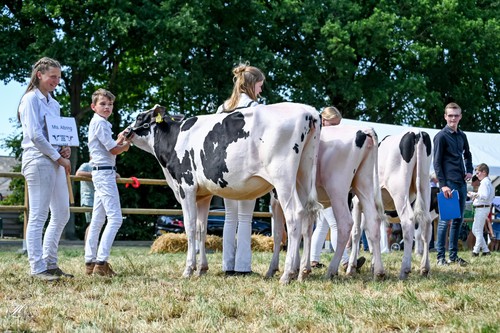 Senior heifers
In March Drouner Cosmo 1836 (Alligator x Cosmo 1673 VG-87) won the Junior Heifer Championship during the FDV Wintershow 2022. Last Saturday it was up to her to defend this title. In the oldest class she took the third position. Led by Marieke Albring they also participated in Showmanship. Here the duo took the Championship title. 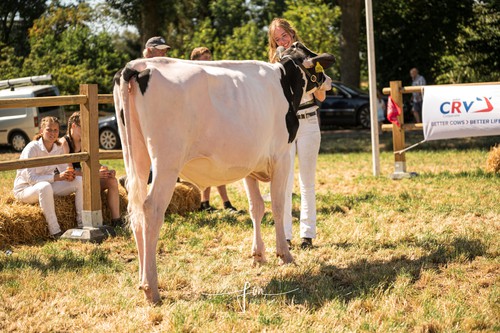 Milking 2-yr-olds
In the oldest category, the first three positions were cows from the Drouner Holsteins herd: Drouner Aiko 1718 Red VG-88 (by Warrior Red), Drouner Ria 1716 Red VG-88 (by Drouner K&L A 328) and Drouner Anna 1715 VG-88 (by Tatoo). The Warrior-Red, Junior 2-yr-old Champion of the FDV Wintershow 2022, was also competing for the championship last Saturday. At the end, it was the winner of the youngest class, Belly Kiss de Hautmint-Hill (by Crushabull), which was named as Junior 2-yr-old Champion. But eventually Aiko 1718 Red VG-88 was the winner of the day with three titles: Reserve Junior 2-yr-old Champion, Best Udder and later she won also 'Junior Best Red'. Followed as Junior Reserve Best Red was Ria 1716 Red! 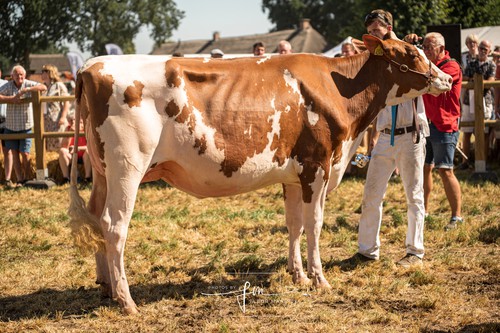 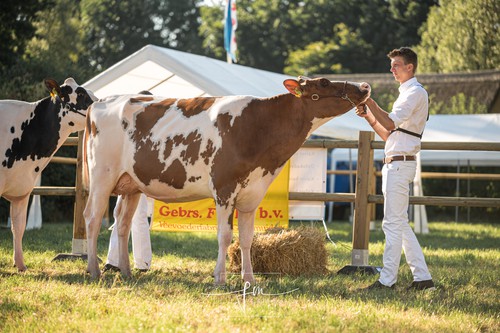 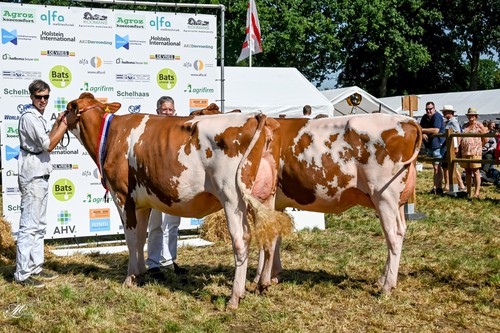 Intermediate
In the heat of the battle, the second lactation Stantons Adagio-P daughter Drouner Asra 1635 VG-86 took the lead in the youngest class. Asra 1635 comes from the deep cow family of Canyon-Breeze Em Ashley EX-94. In the championship she had to compete against Het Uilenreef Charity 16 VG-89 (by Our-Favorite Undenied) and herdmate Drouner Anna 1427 EX-90 (by Delaberge Pepper).  The second calver VG-89 Undenied of Robert Neppelenbroek already won the Intermediate Championship and Best Udder last month during another Dutch local show. Also during this show, the Brookview Tony Charity EX-97 offspring proved her qualities. She was named Reserve Champion and, again, chosen as Best Udder! 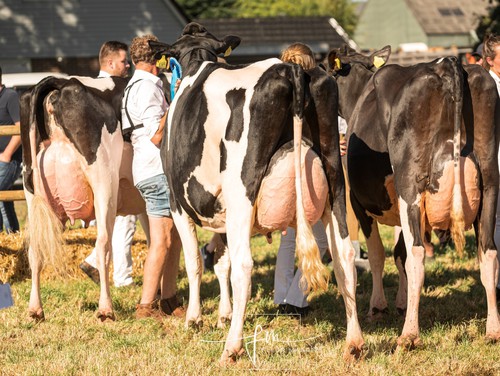 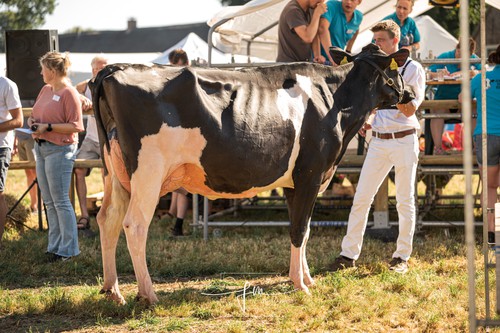 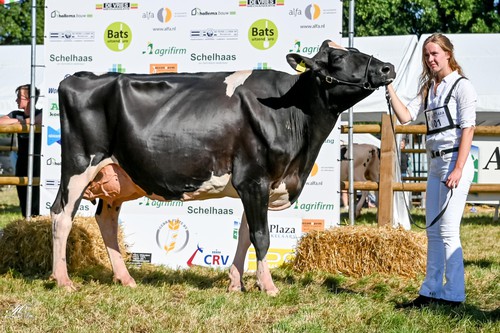 In addition to their Reserve title in the Breeders Herd class, Drouner Holsteins also took the win with their R&W Breeders Herd: 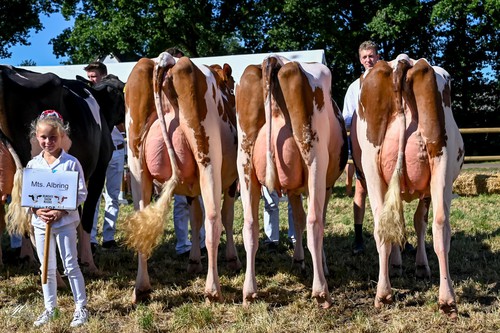 GenHotel congrats her members on their tremendous winnings!