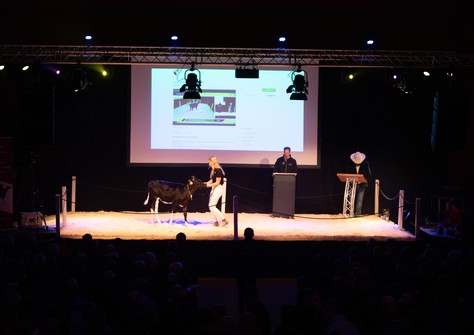 The 10th edition of the VOST Select Sale ended with a top result. For example, the sold females achieved an average top selling price of more than € 5,700!

In addition to high genomic heifer calves, especially the fresh calved 2-yr-olds were very popular with an average price of € 5,111. The most expensive 2-yr-old was catalogue number 24 Kiwi, a snow-white King Doc with a great textured udder, which after a strong online bid-duel was sold for € 6,000 to Spain. 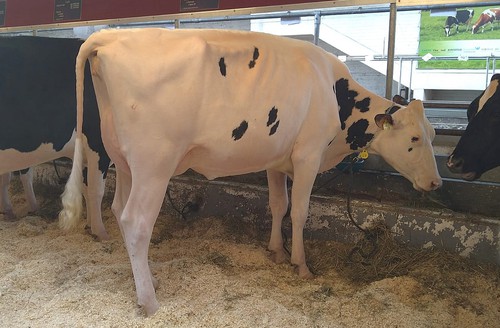 Top prize for a red, homozygous polled Hugo PP RDC daughter
The absolute top price of was achieved by lotno. 51 R&B Ailani PP Red, a HIN 3STAR Hugo PP RDC with 161 gRZG, 292 gNVI, 1559 gISET and 193 gISU. The KHW Goldwyn Aiko EX-91 descendant bred by Batouwe (Junior) Holsteins and Roubos Holsteins continues her way within the Dutch borders after being sold for no less than € 40,000 to a Dutch-Danish collaboration. This top amount wasn't only achieved by her all-round genomics profile, but also by a total amount of € 32,000 in embryo contracts!

Another € 23,000 was paid for the highest gTPI lot of this auction: lot 16 Danhof Lollapalooza, a Progenesis Monteverdi with 3064 gTPI (1084 NM$). The 3.5-month-old heifer was sold to a German breeder. Lot 16 was followed by KHE Infinity, a Foreman daughter with 162 gRZG from the same cow family as KHE I'm Good VG-87, brood cow behind bulls such as 3STAR Poppe Manitu, Poppe K&L Sanchez P and Poppe K&L San Remo. Sold as lot 58, the high offspring of KHE Island VG-89 brought no less than € 21,000 and will leave for a German breeding organization. 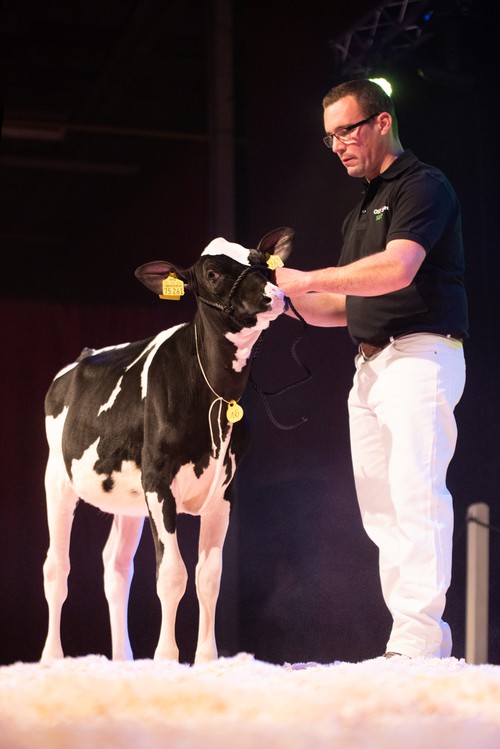 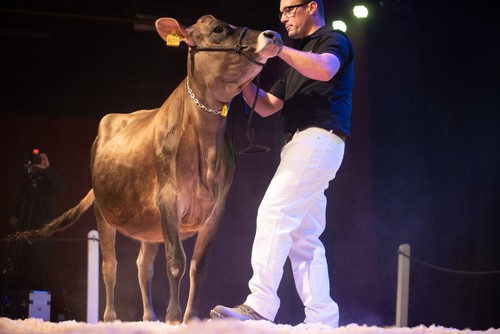 In total, eight animals switched owners for more than € 10,000. About a third of the collection was sold abroad, including Belgium, Luxembourg, the Netherlands and Spain. The tenth edition of the VOST Select Sales was therefore a huge success! Many factors contributed to this successful event. The well prepared lots combined with international potential, the possibility to bid online, the current milkprice and the well-attended sale made this 10th edition a very successful sale for in the books!

Go to vost-select-sale.de for a total overview of the sale 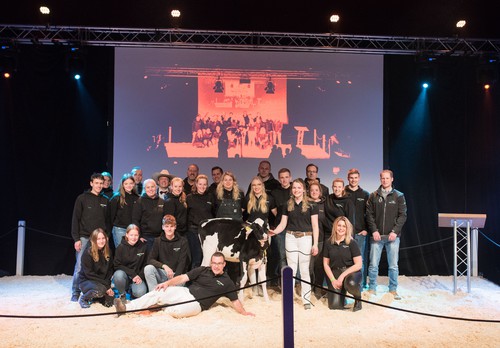