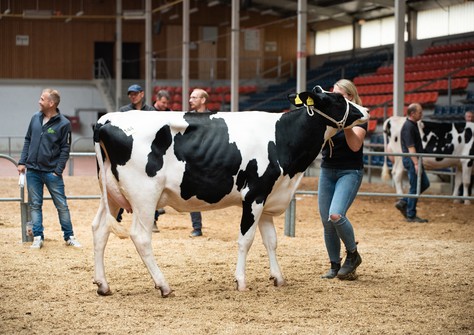 K&L GN Boudy (A2A2) is sired by former and intensively used sire of sons Boldi V Gymnast. He hails via Hanoverhill Tony Rae EX-96 (the 8th generation VG/EX) from the impressive C Glenridge Citation Roxy EX-97 family! The Cinderella branch of Tony Rae is a strong line with generations of high scoring cows. They developed a foundation for many AI bulls such as Cinderdoor, Control and Clapton.

Boudy is a result from a successful embryo investment. At that time GenHotel bought several Gymnast embryos from JHS Cinderella 34 (by Rubicon). In December 2018, the one-year-old young sire - sold to VOST - debuted with 155 gRZG, +0.26% fat and +0.16% protein, 132 gEUT and 137 gRZE in the German genomics list. In the Netherlands he scored 348 gNVI and also in Italy Boudy was soon readily available as a young genomics bull with a high gPFT index. During the April 2019 proof run he was one of the highest jumps in the gRZG ranking. With 157 gRZG, Boudy managed to get the 18th place in the black and white genomics list of Germany and rose about 40 places compared to December 2018. 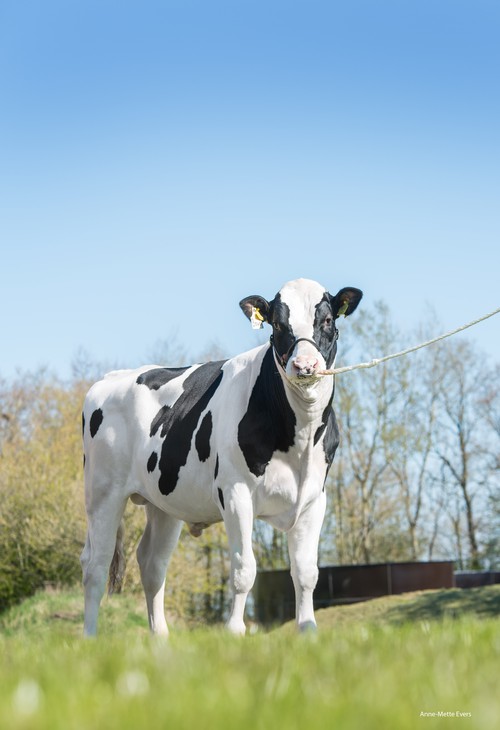 There are already more than 2600 daughters in Germany, of which 55 are milking now. Boudy expects his first daughter proven values already in August! The Gymnast son scores persistently good at the age of 4.5 yrs with 191 gISU in France and 142 gRZG in Germany. This makes him one of the highest Gymnast sons in Germany.

Elke (by Boudy) was only one month fresh on the day of the auction and already managed to achieve a daily production of >41 kgs of milk with 4.05% fat and 3.47% protein! 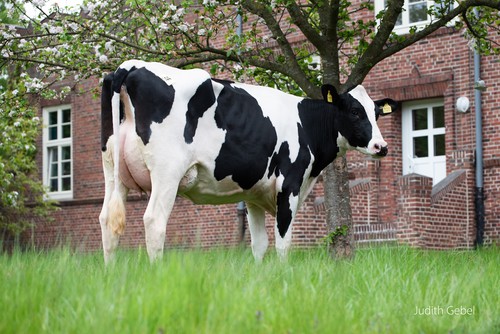