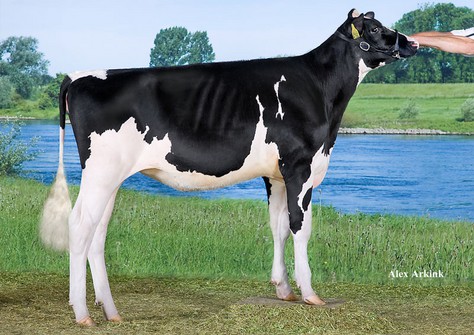 The last classification at Schreur Holsteins was very successful. While 14 heifers received their first score with an average of VG 85.4, three cows were rescored. On average, these 17 animals received a score of no less than VG-85.6 during this inspection! The highest classification score was for 4th calver Jotan -Red daughter Schreur E Ihlen 394 with VG-88 & EX-90 for dairyness.

The Reurslag family (Schreur Holsteins) is fan of Red Holstein and this can also be seen in the results of the inspection. Nine red and white animals were classified One of the animals that stood out the most is Schreur Caralie 77 P, a EDG Defend Breaker 18191 RDC daughter with VG-87 and maximum score of VG-89 DS. She is a descendant of the Canadian brood cow Continental Scarlet-Red EX-95. This cow family became renown in Europe by Verhages Bos Candlelight P Red VG-86. She is the dam of one of the most famous R&W and polled Schreur Apoll P Red, the actual number 2 proven Red Holstein sire in Germany and The Netherlands. By now, Reurslag already milks 24 descendants from Candlelight P Red VG-86. On average, the nine Red Holsteins deserved a fantastic total score of VG 86.3 ! 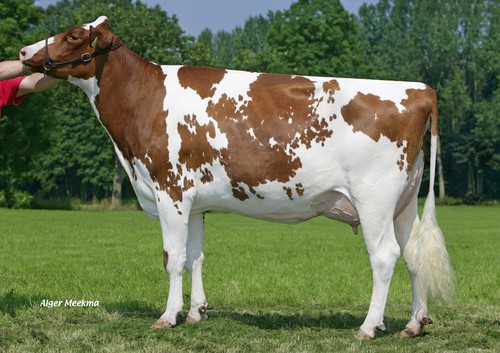 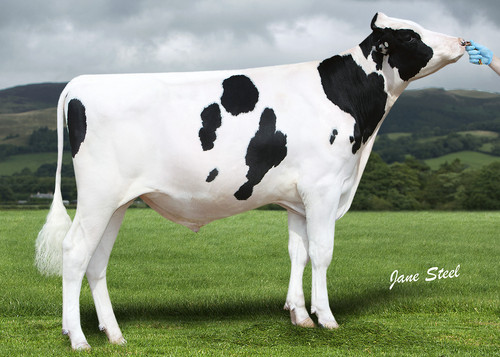 No less then 10 females got a score of >85 points! These cows are shown in the list below.