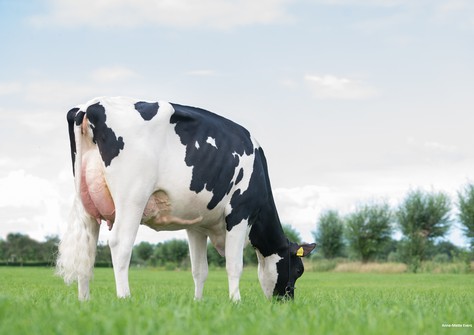 During the VOSt Select Sale 5 in 2017, Jan Poppe of Poppe Holsteins, and 3STAR Genetics already saw the potential in the then two-month-old KHE I'm Good. It was mainly the impressive cowfamily combined with with a great sire-stack and an extremely high 168 gRZG /145 gRZE that made them realize that lot 72 KHE I'm Good had to come to the Netherlands!

Now, almost three years later, KHE I'm Good has become a fantastic heifer. She shines in the stable of co-owner Poppe Holsteins where her 305-day production is projected at a whopping 14,774kgM with 3.86%f and 3.24%p! She even achieves this with an VG-89 Mammary System (maximum score) and a total score of VG-87.

KHE I'm Good VG-87 is a Gymnast daughter from a VG-85 EDG Rubicon. Her dam was already succesfull as a bull dam and I'm Good VG-87 alrteady has two sons in AI, both at VOST and sired by Soundcloud and Solitair P. Her female offspring is also testing real good in several systems, for example Poppe K&L Gorgina, who has 159 gRZG, one of the highest flush age heifers on RZG! 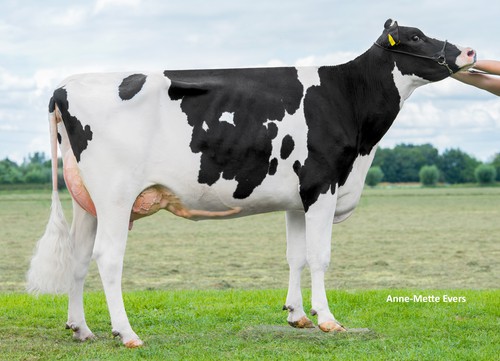 It's not a surprice that this Gymnast daughter has become a heifer that will certainlypt high stakes at shows. I'm Good VG-87 namely comes from a deep German cow family where VG or EX  is no exception! For example, her granddam's EX-92 full sister was named Grand Champion Nikolausschau 2016. 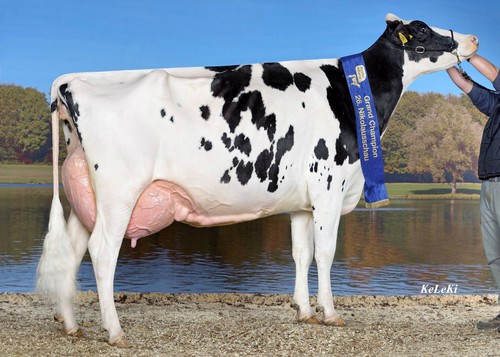