PR Darlina (s. Spark) got a well-deserved score of VG-85 with even the maximum score of VG-89 for her beautiful mammary. This success doesn't just come out of the blue with an excellent dam, granddam and great-granddam! Darlina VG-85 is the daughter of PR Darla EX-90, EX-91 MS. This Mogul daughter of Van Rees managed to achieve a top performance during the HHH Show 2019 with a first in her class position and best udder in her intermediate class. 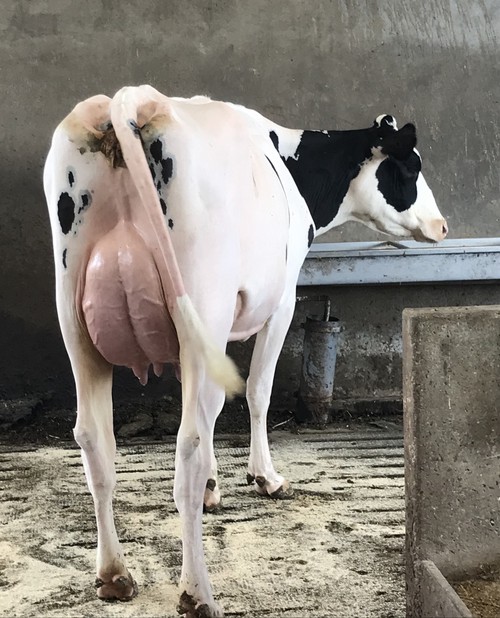 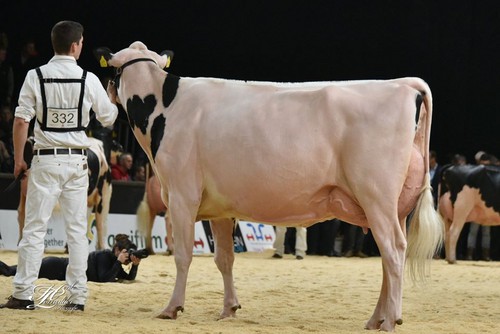 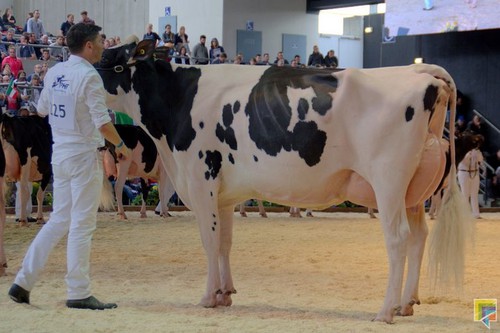