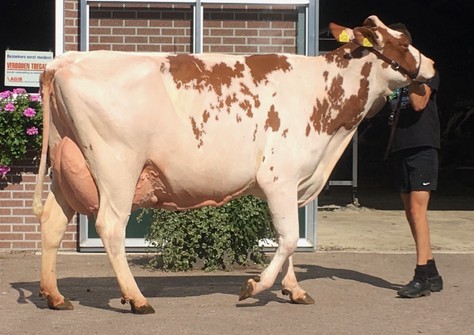 One of the powerhouses which was rescored is Batouwe Catharina 3-Red, a Schreur Apoll P Red daughter. Catharina 3-Red is offspring of a deep Red Holstein cow family where producing high components is no exception! With a total score of VG-89 she managed to convince the classifier with her beautiful EX-90 frame and dairy strenght which was rewarded with EX-91. 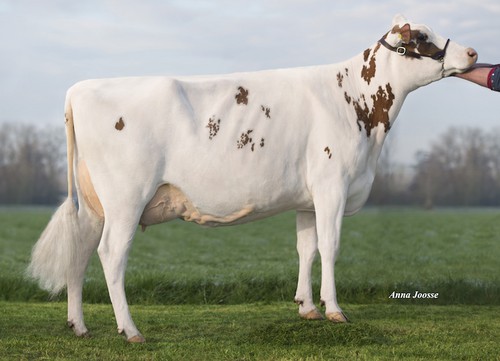 In addition, the second lactation Batouwe AP Apple-Red, also an Apoll P daughter, was classified VG-87. Apple-Red VG-87 is a great-granddaughter of MS Apples Angelina RDC EX-90 and is descending from none other than 'The Queen of the Red Holstein Breed' KHW Regiment Apple-Red EX-96. 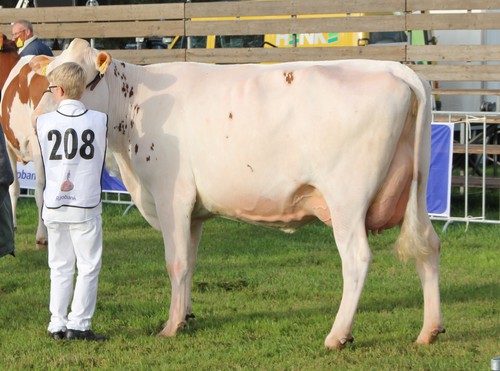 Batouwe Holsteins also owns a 4th lactation cow which descends from a Red Holstein cow with a special story, namely: Guex Tulipe-Red EX-98. This Tulipe-Red was exported from Switzerland to the Netherlands in the late 1970s. This happened after an IBR outbreak at the Expo Paris. Tulipe-Red EX-98 was present at this Expo as one of the four daughters from the progeny group and was the only cow not culled after their return in Switzerland. Therefor she was exported to the Netherlands and stood at the start of the Red Holstein breeding in Holland! 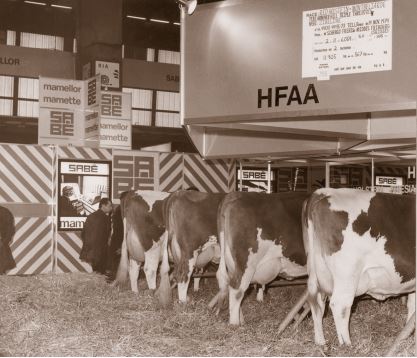 Progeny group of Hannover-Hill Triple Threat Red at the Expo Paris. With Guex Tulipe EX-98 at the left.  After returning to Switzerland, the four cows were diagnosed IBR positive and only Tulipe Rex EX-98 was rescued. 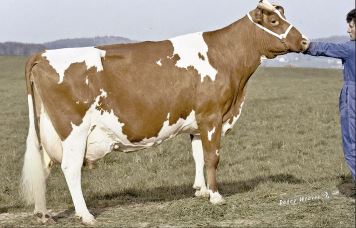 Now, more than 40 years later, this cow family is still thriving in the Netherlands, and Batouwe Holsteins is lucky to have this AltaRic-Red daughter with VG-88. Hiddink Tulipe 424-Red VG-88 showed the classifier that even in her 4th lactation, she is still in a great condition. She was suitably rewarded with EX-91 FR and EX-92 DS! 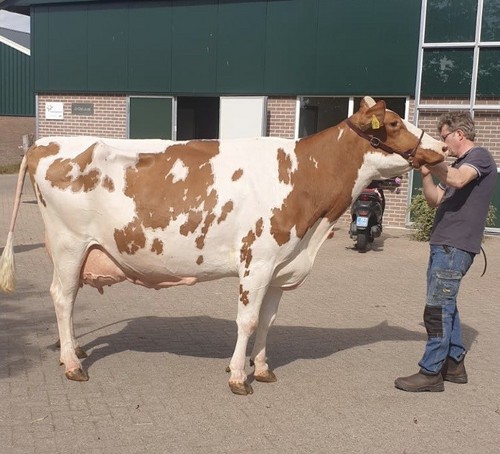