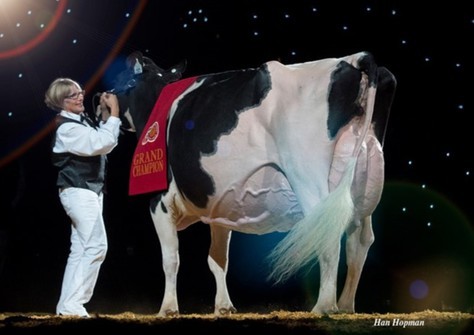 Sheeknoll Durham Arrow at the WDE 2016

From none other than the Grand Champion WDE'16 Sheeknoll Durham Arrow EX-96 a Walnutlawn Solomon daughter is milked by Van Soelen, JHS Holsteins. Recently, this milking heifer K&L SL Amber showed what qualities she inherited from her dam, as she was classified with VG-88 and max. VG-89 FR!

Sheeknoll Durham Arrow EX-96 made a stunning impression at the World Dairy Expo 2016 and went viral by winning the Grand Champion title. K&L SL Amber, a Walnutlawn Solomon daughter, was born out of the champion's embryos. As a young heifer, part of the ownership of K&L SL Amber was sold through the VOSt Select Sale 6 to JHS Holsteins. Here she was recently scored with VG-88 & max. VG-89 FR!

Van Soelen also owns her Maverick Crush sister K&L CS Arrow. She is fresh and we are anxiously waiting to see what the future holds for her! 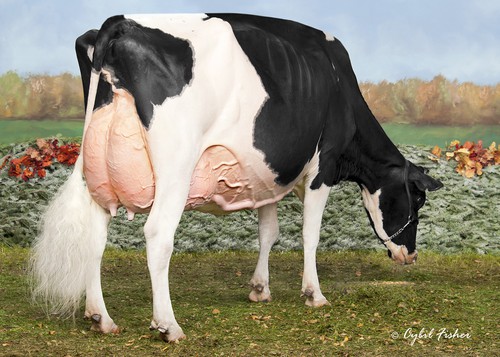 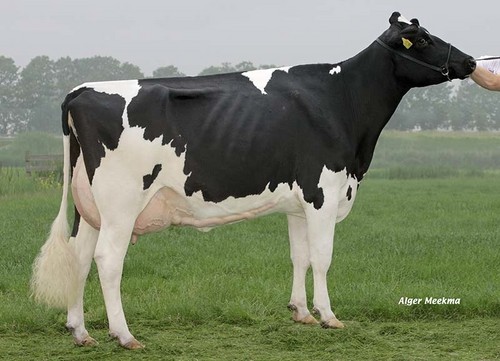 There was also a well-deserved score of VG-86 for JHS Holstein Jantina 165. Jantina 165 VG-86 a VenDairy Sidekick daughter in her first lactation. She descends from a special cow: Whittier-Farms Lead Mae EX-95. This classification keeps the tradition alive, because Jantina 165 VG-86 is the tenth generation with VG or EX in a row! 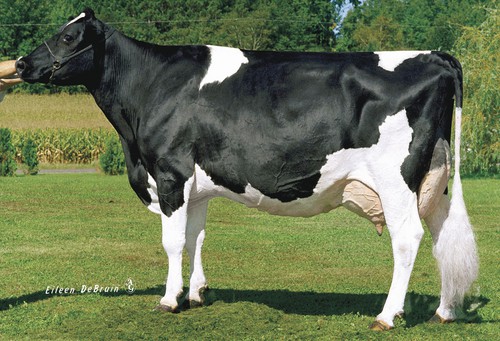