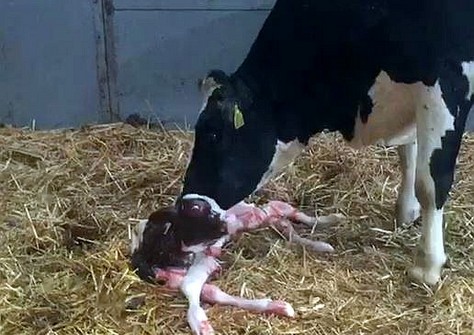 The August proof run is almost knocking at the door. Although there has already been a major annual base adjustment in America in April, a phenotypic scale change will be made in August for calving ease (SCE & DCE) and stillbirths (SSB & DSB).

Current American PTA (Predicted Transmitting Ability) calculations for calving ease and stillbirths are calculated with an average of 8% for Holstein. Although the ease of calving within the Holstein population has increased considerably in recent years (mostly due to genetic progress), the PTAs average of all bulls remains 8%. This is not in line with the experience of dairy farmers in practice, where bulls that score between 8% and 10% CE or SB, for example, rarely cause heavy births or dead calves.

In next weeks index, the phenotypic base is therefore adjusted, which will lead to a significant change in the PTAs for Calving Ease and Still Birth. Whereas in April 2020 many sires still had an SCE between 4% and 12%, the spread of SCE in August 2020 is between 1% and 4% (Figure 2). Thus, a bull like e.g. S-S-I BG Frzzld Riveting changes 10.4 SCE% to 3.1 SCE%. The average score for Holstein bulls in August will be 2.2% for SCE and 2.7% for DCE. 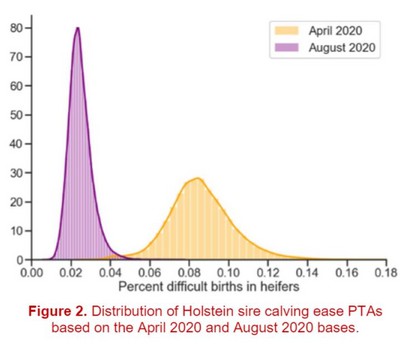 The calculation of Still Birth will also be adjusted. Before August 2020, SSB and DSB were expressed on the basis of stillbirth in calving of all animals, both heifers and cows. This while the SCE is just formulated on the basis of heifers that are calving. And therefor this August index, SSB and DSB will only be expressed in the births of heifers that are calving for the first time.