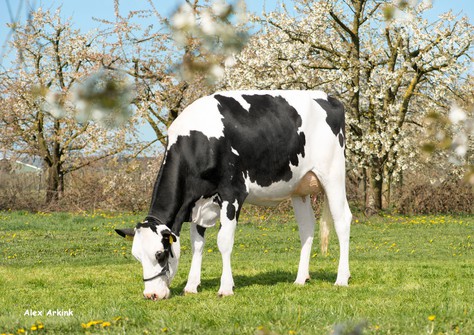 During Hedra Holsteins' classification day several 2-yr-olds turned got really nice scores! No less than eight 2-yr-olds and two young cows met the classifier. A VG-88 score for one of the first calvers made the Vernooij family owner of a 13th generation with Very Good or Excellent!

The VG-88 score was for Hedra Remarlinda 1120 (by Delta Lendor). Her super udder attachment and her rear udder height made her also score VG-88 MS!  Remarlinda 1120 VG-88 is a member of the famous European Remarlinda EX-90 family, and is with her amazing score the 13th generation with VG or EX in a row! 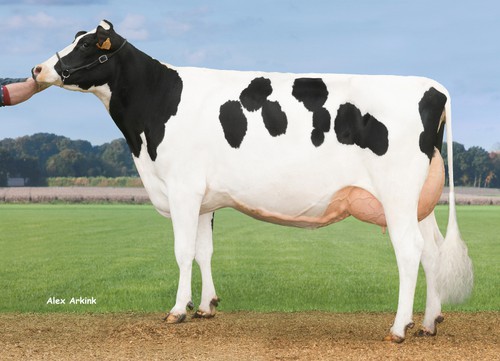 The Willem's Hoeve Rita family was well represented by Hedra Rita 1178 Red (s. Kingfarm Holsteins Anreli-Red). With VG-88 for her feet & legs it was no suprise her total score went up to VG-87! Rita 1178 VG-87 is part of a influential cow family and one of her known ancestors is greatgranddam Willem's Hoeve Rita 885 VG-85, full sister of progeny proven bull Willem's Hoeve R Browning. This red 'Rita' produces great components and is projected at 4.40% fat & 3.61% protein in 305-days.

All eight 2-yr-olds made a big impression according the average total score of VG-85.9! Scores went from GP-84 to VG-88, below you'll find the highlights: