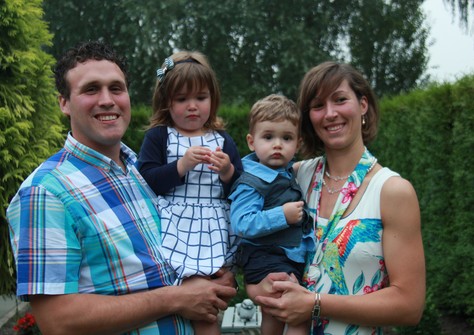 Also established in the region East-Flanders is Den Hamer Holsteins owned by the Boghaert-D’Hondt family. With an EJR of €2.577 they are the #20 of East-Flanders based on an average production of 10.533 kg of milk with 4.20% fat and 3.45% protein. The cows at Den Hamer do not only have a high production as they score very well during herd classifiaction. The past year 18 R&W 2-yr olds where classified 84.1 points on average and herewith they are the numbers 6 in Flanders (R&W).