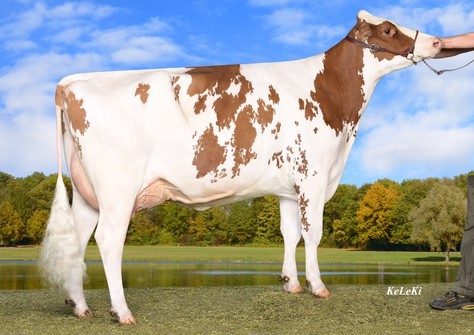 Poppe Simone RDC, a Cal-Roy-Al Yoda daughter at Poppe Holsteins, has recently received her Dutch genomic evaluation, scoring a huge 402 gNVI! The combination of a lot of milk and high components results in a skyhigh total production index of 600 INET, ranking in the top 10 in the Netherlands. She has favorable scores for all health traits as well, scores 107 total type (and 109 udder) and is also red carrier, what makes her a very interesting and valuable heifer.

Her dam Wilder K&L Sally Red, bred by Wilder Holsteins & GenHotel, is a red & white Mission P RDC daughter, which will calve in the course of this year. Sally is purchased by Poppe Holsteins as a heifer calf at the VOst Select Sale in 2017. Next dam is Wilder Saturn P Red GP-84 (s. Apoll P Red), with 35.000 euros topping the sale of the 1st German Selection Sale and sons of Mission P RDC and Pace Red in AI. 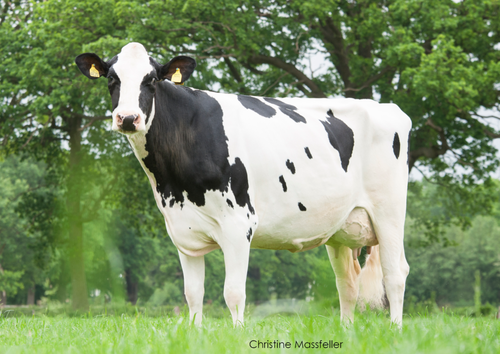