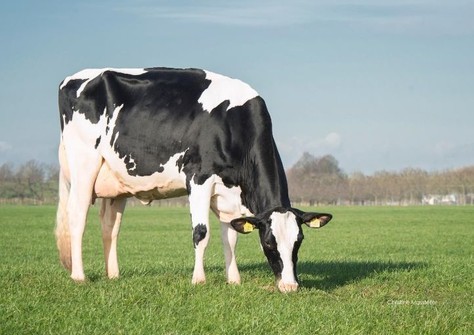 At the Vernooij family, Hedra Holsteins in Schalkwijk, recently a nice group of 2-yr-olds is classified. Fourteen Holstein heifers scored in average 85.2 points Total Score with even 85.6 points for mammary systems.

Sires of these milking heifers show a lot of variaty and also the cow families from which these heifers descend are quite internationally oriented. Prominent heifer is the polled Hedra Sneeker 721 P, a daughter of De Vrendt Martini P RDC out of the Newhouse Sneeker family. Sneeker 721 P is classified VG-88 and VG-89 for her fabulous udder, a fantastic score!