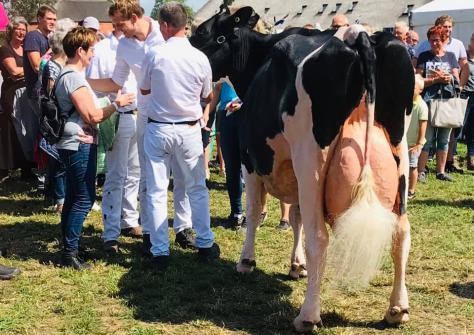 Marie 356 EX-92, the fabulous Goldwyn daughter of Alex Verwaijen, Prairie Hoeve Holsteins, is honoured as Senior Champion at the Rundvee Show Noord 2019 in the Netherlands. The 10 year old Marie has already produced 85.000 kgs of milk with 4.29% fat and 3.60% protein. She was in great shape again last Saturday and became Grand Champion as well. Earlier that day, Marie was sold at the Mid Summer Sale, her new owner is Rens Mulder in Dwingeloo. 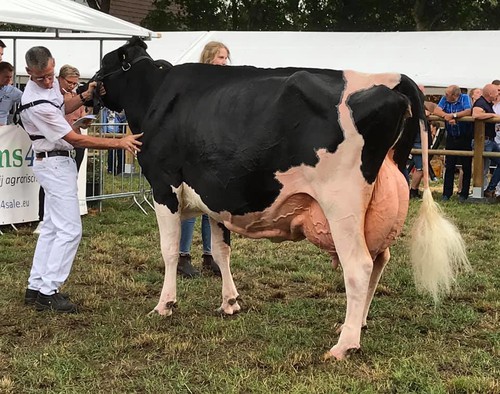 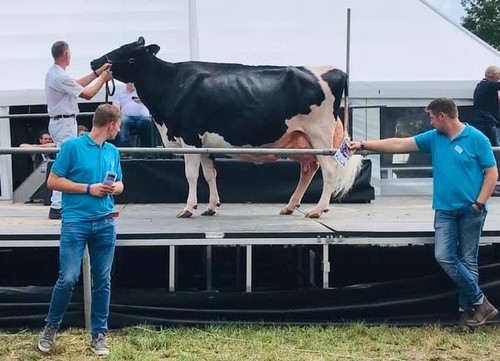 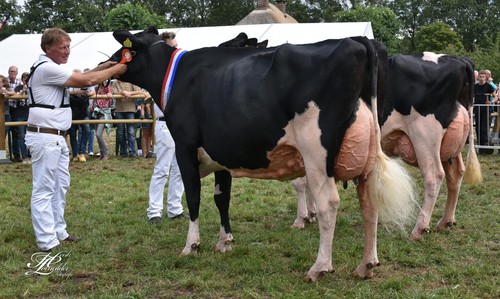 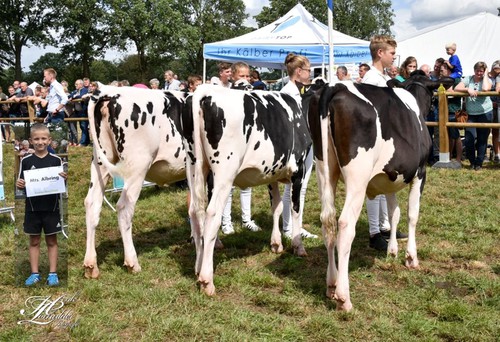 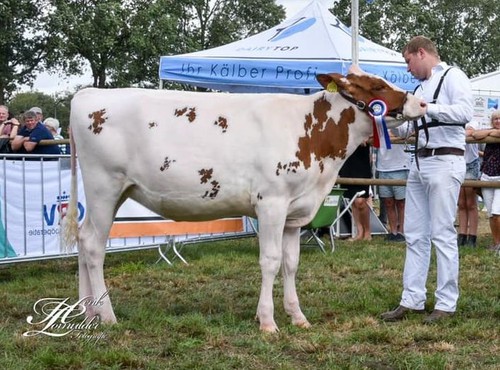 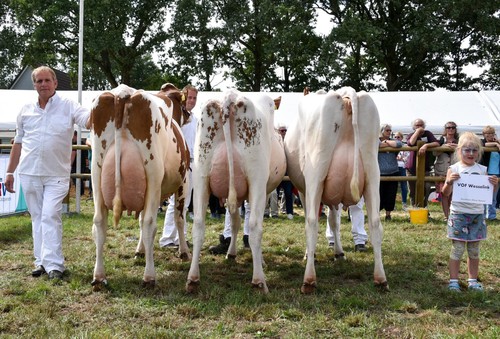