Index week (new info will be added during the day) 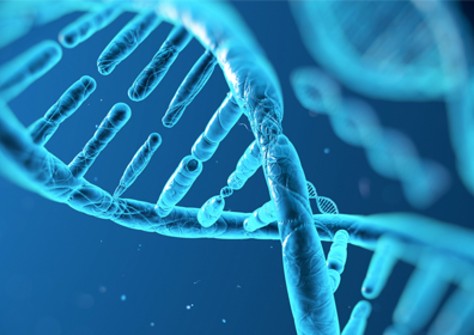 This week will most countries will have new indexes. We will add all countries as soon as they have indexes.

Germany has the start.

R&W bulls: Julandy, bred by Werler still is the no. 1 bull at the proven R&W list with 139 RZG. New at spot 2 is Voorhof Lostau Red P, a Laron P son out of Green-Valley Allure, so bred by Voorhof Holsteins, Edwin Kurstjens. Elwood and Red Mist keep their good numbers and Coloredo P, a Colt P from Morningview Super Roxy also is new at spot 5. Pace Red is still the no. 1 genomic bull at 161 gRZG. Silky is at spot 2 and Schreur Argus P is still the highest polled bull. The first Bagno sons are in the list, for example Wilder Baymax, bred by Holtkamp out of Wilder K25 VG-86. In the interbull list Archive-Red (Ladd P x Planet Silk) is the new no. 1 bull. A very high new bull in the genomic list is Manana Red from France at 160 gRZG.

B&W bulls: Big Point stays strong and is the no. 1 at 147 gRZG. On spot 2 is Anderstrup Garvin, out of the Grietje cowfamily. The first Mogul sons are in the top (there are 5 in the top 10), such as Moll, bred by Willem's Hoeve Holsteins and Mandela, berd by Mars Holsteins. At the genomic list Avicci climbed some spots and is now the No. 1 bull at 161 gRZG. Veenhuizer K&L Jameson, bred Veenhuizer and K&L is the no. 4 bull. The highset bull without Balisto is K&L Cidre. He is the No. 6 bull. Caudumer Batch P, bred by Haytema is the highest Polled bull, one point higher than Mission P. Ther are many Battlecry sons in the top 25. Mayflower is the no. 1 proven bull in teh interbull list and Rookie, Balisto and Montross still are in the top 6. The highest new is Josuper with 155 RZG on spot 3. Also Damaris, Rubicon and Silver have their first daughter proven number and have good indexes. Brekem RF is the highest Red carrier and is in the top 20 with 149 RZG. Also Altaspring and Supershot start with both 148 RZG in the top 25. At the genomic interbull list Hang-Time son Hartley as the new no. 1, before Jedi sons Padawan and Jagger.

UK proofs: In the UK Lavaman is the no. 1 proven bull, just before teh heavily used Balisto. Also the well known bulls Supersire, Bookem, Aikman and G-Force complete the top 10. In tyhe interbull list with proven bull Rookie is the no. 2. Rubicon, which has been used a lot as sire of sons also is in the top 10. Rubi-Agronaut is now 19 points over 800 PLI at the genomic bulls lists. New is AltaDepot on place 2. Padawan, who is high on gRZG too, is at spot 5.

ITALY: In Italy Goldday son Valverde is the no. 1 proven bull. we see the first sons of Numero Uno and  Mogul in the top as well. Sound System is still on spot one with 300 point PFT more than the no. 2! The highest polled bull is still Anderstrup Clash P. In Italy there are many different sires in the genomic list.

In Canada Aikman RDC is the new No. 1 proven bull,  Commander starts very well on spot 2. On teh interbull list Delta is no. 1 before Mayflower and Midnight. Rubicon starts very well too at spot 7. In the genomic list another son of SSI Supersire Miri is extremely high: Biggie is the new no. 1 bull. Also Padawan is very high in Canada, he is No 2. The Jedi, Duke and Jett sons dominate the toplist.