Females from GenHotel members in the top B&W NVI 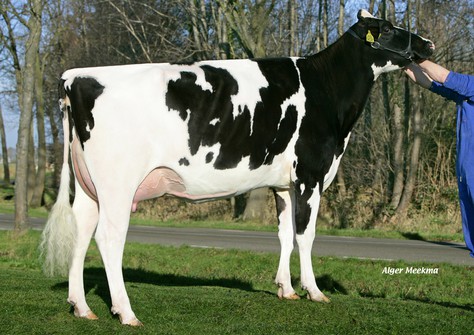 On the list of black and whites we find on the fifth place the highest scoring heifer from a GenHotel member. This is Midwolder Marjon 209 (Casino x Simba) with a stunning 356 NVI. This Casino daughter continues to rise in the list and holds on with a 501 INET too! The Midwolder Marjon family is descending from Remarlinda EX-90,  a cow family which excels besides conformation also in milk production. 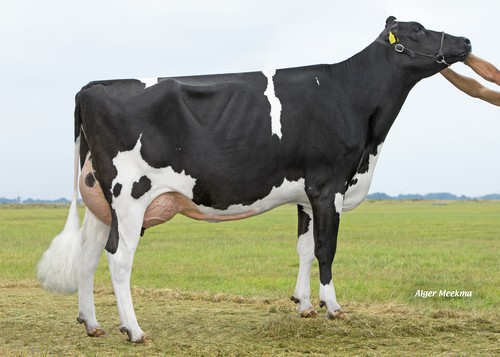 Based on INET, many members' animals are at the top. With a towering INET of 560, this Beeze Oldleus Mabel (s. VH Crown) is in 2nd place. A real hit for the owners Beeze Holsteins and Oldleus Holsteins, since this descendant of Vekis Xaco Melody VG-87 also scores 161 gRZG in Germany! 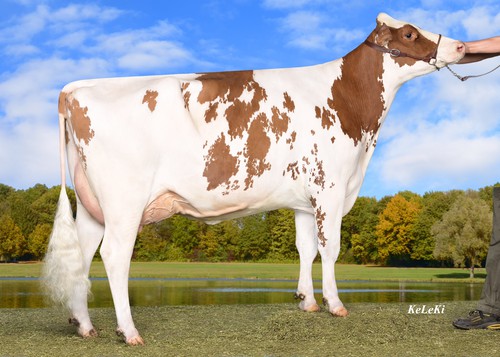 Based on conformation we find a young heifer, owned by HM Holsteins, descendant from the Newhouse Sneeker family. With 112 EXT she's even the number 1 in the top 100 NVI! It's HM Sneeker 228, a Floris x Esperanto. The Sneeker family is known for its huge production with high fat and protein!