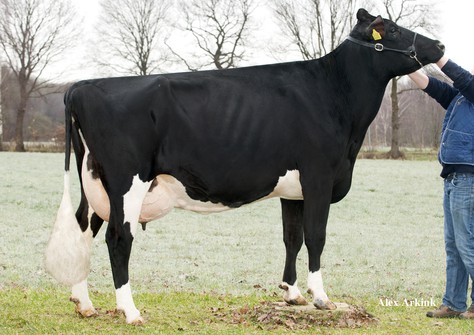 The Hietbrink family from dairyfarm 'De Sanderij' is active within both red and white and black and white Holstein breeding. They managed to do very well as it comes to top genomics breeding. Not only genomics is for them of a big importance, but also functionality. With lots of proud and passion take Johan and Siepie care of their animals, this also shows in the results; the mean production per year of this herd is 10.666kg with 4.32%f and 3.53%p. Also their classification scores are impressive. The average score of the black and whites is VG 84.4 and for the red and whites the averages is VG 84.1!

- Sanderij Lovely P RDC (Mr Puma x GP-84 Exploding Star): 87R 88DS 88MS 84FL  - VG 87
Lovely P RDC is a Mr Puma daughter from the impressive Caudumer Lol family. Her dam Caudumer Lol 365 P Red GP-84U was one of the highest red and polled heifers based on NVI and RZG at the time the Hietbrink family bought her. The Caudumer Lol family is booming because of their high milk production and their high-ranking genomic profiles, this also makes there is a large demand of sires from this pedigree. 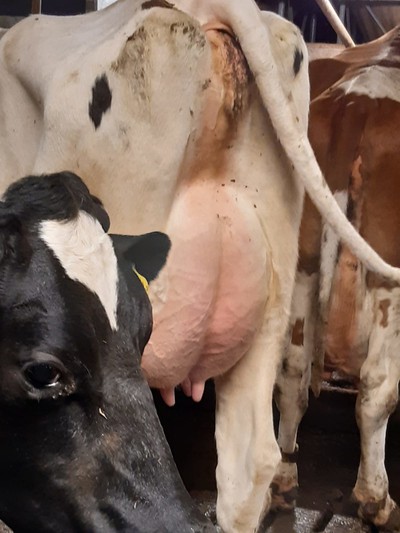 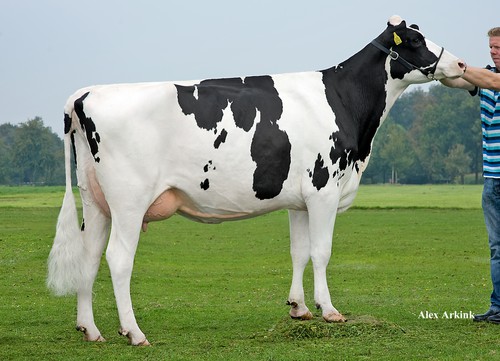