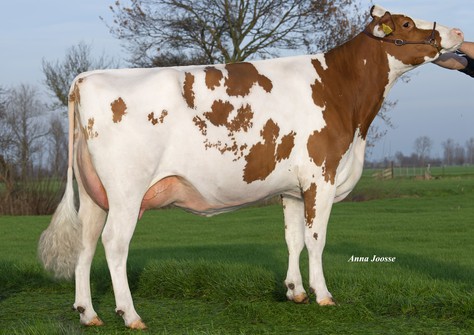 Another Kamps-Hollow Durham Altitude RDC EX-95 family member in the Netherlands is classified VG! Batouwe Ailisha Salva Red by Mr Salvatore RDC is in her first lactation. She proved herself to be a great and successful brood cow with already over 20 high scoring offspring. Her 305-days projected production is 9.154 kgs M, 4.98%F and 3.45%P. After all these achievements she can add one more: VG-85 & VG-87 MS / 2-Yr-Old!

Batouwe Ailisha Salva Red VG-85, owned by the Nagel family (BWN Holsteins), is a Mr Salvatore RDC daughter from the recently VG-88/EX-90TY classified NRP Alisha RDC (by EDG Rubicon). Nagel made a great investment by buying Ailisha Salva Red as a heifer. From the heifer flushes with Rubels-Red, Swingman Red, Watson RC & Mark RDC several high testing red and red carrier heifers are born. One of them is the fancy 3STAR OH Aileen Red (by Rubels-Red). A real all-rounder with 154 gRZG, 2622 gTPI and 276 gNVI. She's now owned by Sudena Holsteins, they purchased her at the GenHotel Selection Sale last year, and recently in their flush program. 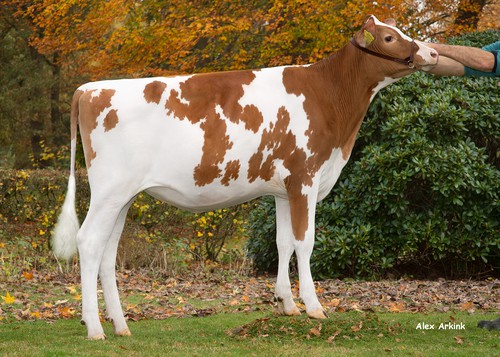 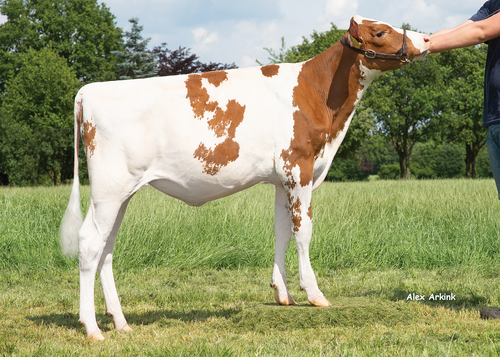 A mating with Progenis Watson RDC turned out to be a great one also! Several nice heifers were born as a result from a successful heifer flush. One of them, BWN 3STAR Aileen RDC (150 gRZG/2741 gTPI), you might have already met. She was one of the lots at the Highlight Sale 2021 and is sold to a German dairy farmer. Batouwe WM Aimee RDC, owned by Batouwe Holsteins, is with 2742 gTPI one of the highest Wilder Mark RDC daughters in Europe, while 3STAR SW Aikoline Red (2688 gTPI) belongs to the highest red European Westcoast Swingman-Red daughters. 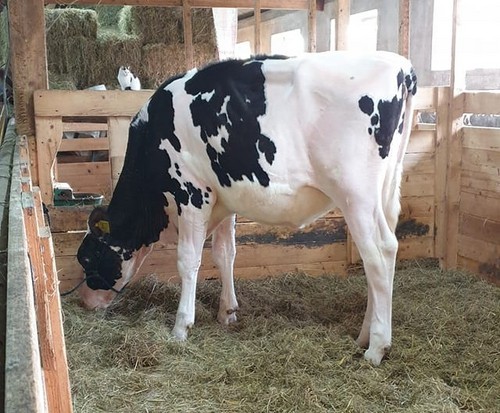