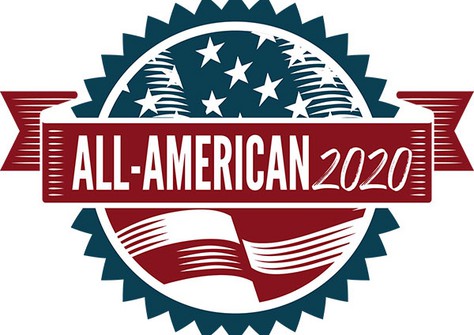 The 'All-American 2020' winners were presented recently! The All-American contest, containing several age categories, has an important and global recognizance in the Holstein breeding. In the 'Lifetime Production Class' two outstanding cows won the titles and both of them have offspring at GenHotel-members and in the 3STAR Breeding Program.

'All-American Lifetime Production Cow 2020'
It's Butz-Butler Gold Barbara EX-96 which is named as 'All-American Production Cow 2020'! The Goldwyn granddaughter of Regancrest-PR Barbie EX-92 is owned by the Gold Barbara LLC syndicate. Barbara EX-96 is a great producer, shows tremendous longevity and has already a huge show carrier. As a 4-yr-old she already has won the 'All-American' contest and now years later she can add another title to her endless list! Some of her highlights:

Winstar-Mh Empire Maker (s. Saloon) is one of the highest gPTAT sires at this moment. Through a VG-85 Kingboy and EX-93 Doorman he also descends from Butz-Butler Gold Barbara EX-96. Maker is easy likeable because of his +3.23 gPTAT and a nice UDC +2.28. Besides these skyhigh conformation scores Maker also transmits a lot of milk and is A2A2. 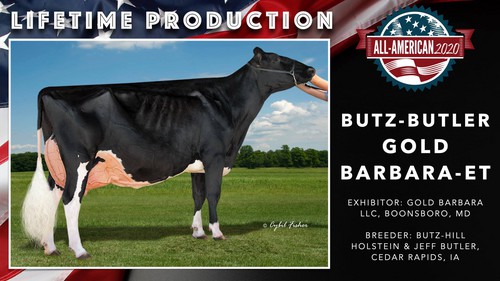 ► Attention: Unique offer!
​Drouner Holsteins and GenHotel co-own the beautiful Blondin Raptor daughter from Subliminal EX-96, Blondin Success. Success has been flushed recently with MAKER and these embryos are available now! Get the best of two All-American Champions and invest in these very exclusive embryos with both Barbara EX-96 and Subliminal EX-96 in the pedigree! 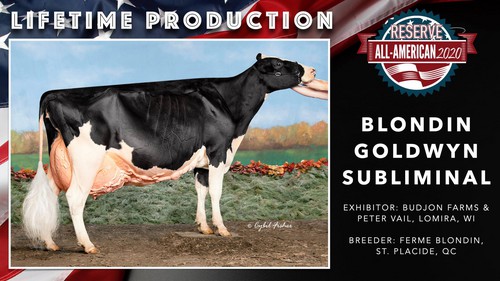 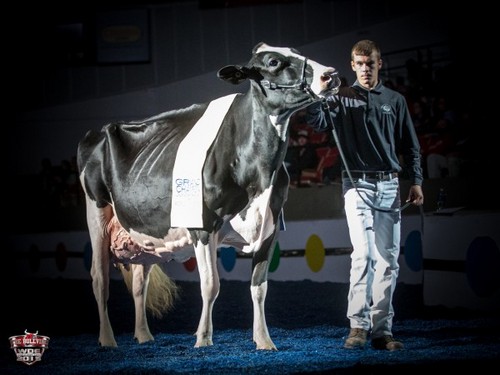